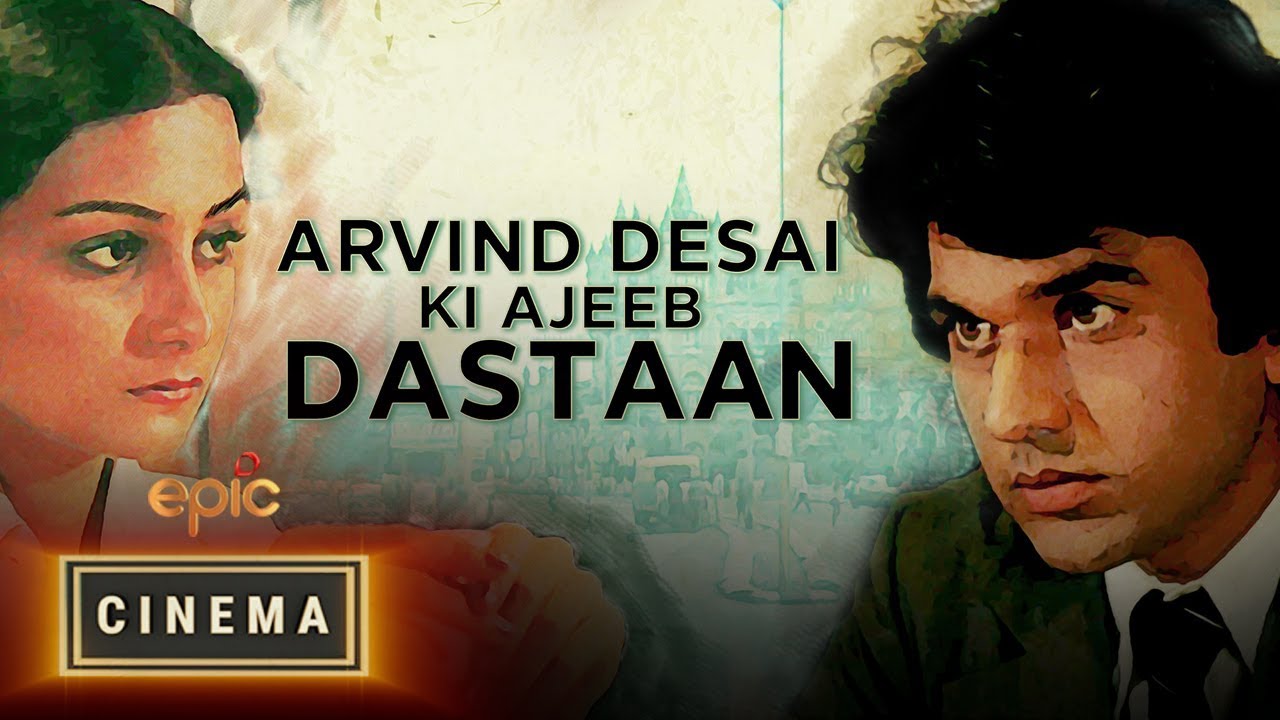 An entire village gets together to make a carpet. Various groups of people contribute their skills in making different bits of the carpet – and slowly, very slowly, the carpet comes alive. It’s painstaking work, no doubt, laborious, and yet, somewhat satisfying when the entire carpet comes together at the very end – a pretty, good-looking carpet, the fruits of their labour.

And then it hangs in a plush, high-end shop, located somewhat around the majestic Taj Hotel of the bustling metropolis, Bombay. That’s the entire journey of this one carpet, made in the villages, sold in Bombay, to rest, in all probability, in the US or in Europe. That is the how the cycle turns over and over again, every day. And when the middleman arrives before Arvind Desai, the manager of this shop – and also the son of the owner, claiming labour troubles would cause a spike in the prices, Arvind Desai will not hear any of it. He is adamant that the labourers asking for a hike in their prices is a valid argument on their behalf, that it is the middleman who needs to cut corners and make do with a slightly lower profit margin on the carpets sold. He understands the plight of the poor and the greed of the middleman.

And that is perhaps all Arvind Desai understands. Quite literally at that.

The one thing that he has the most trouble comprehending is his role in life. What does an Arvind Desai living mean to anything in this world? Who is he? What is he? His father owns the store, he dates the office secretary, Alice, and he chills with his Marxist friend, Rajan. And that was quite literally all of it. And yes, he also occasionally visited a prostitute in one of Mumbai’s seedier alleys, one particular one, and yes, that would complete Arvind Desai’s strange life.

And thus, went the rest of the film, a standard play that went around in loop after loop after loop, with little but no change in effect in the daily tribulations of Arvind Desai. His life just carries on like clockwork, while even the struggle to make heads or tails out of it remains eerily the same.

And matters get thrown even further out of sync when his loving, but overbearing father decides to get Arvind Desai married off to a girl suited to his background. An educated, elitist woman, who had just returned from her studies abroad. When it came to it, the problem wasn’t so much Alice, his secretary, that Arvind Desai was worried about, it was wondering if he even had any sort of a background to rest such a comparison on with this new woman who would soon be his wife. That was the dilemma Arvind Desai was struck in.

We see that one moment of truth from our principal protagonist, when he almost unknowingly offers a lift to a couple coming out of a cinema hall. When the man (a brief cameo by Suresh Oberoi) asks Arvind Desai who he was and what he did for a living, Arvind Desai drops an expected fake name, but then he goes on to describe a fake life – a life where he lives on a farm, far away from the city, where he grows vegetables, a simple life, one that brings him to Bombay only once in a while on weekends to have a small get-together with friends. Perhaps this was the life Arvind Desai was seeking from the beginning. But then we’d still be left with another question – if he was born into such a life, would Arvind Desai finally be content?

For a movie that does very little thematically – as in the story remains the same even as the days go by – Arvind Desai Ki Ajeeb Dastaan is a storytelling masterpiece. And the movie is driven even further to point by a brilliant Dilip Dhawan, whose ‘lost’ acting skills submerge one completely into every frame. And a brilliant cast of supporting actors like Om Puri and Shreeram Lagoo function wonderfully within the gambit that is Arvind Desai Ki Ajeeb Dastaan.

One of Saeed Mirza’s finest films, for sure. And one that leaves us thinking along with Arvind Desai, when he speaks to his Marxist friend, Rajan, about how the latter always seems so determined, so composed, so complete – and Rajan explains, “All one can do, my friend, is ask the right questions.” To which Arvind asks him, “And what about the answers?”

Surprisingly, even Rajan does not have an answer to that question.