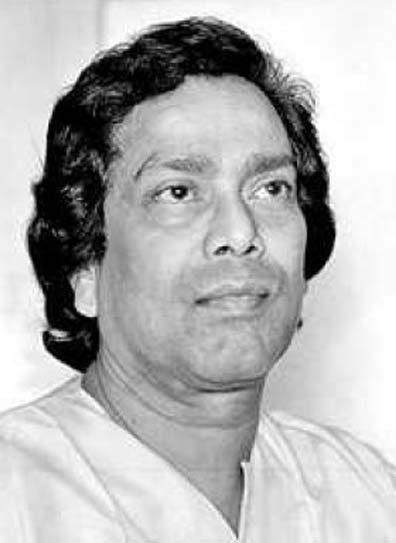 Thirty two years ago Bengali literature suffered a huge loss. Samaresh Basu died. He alone occupied a large part of the literary territory. He was perhaps the most popular author of the times, not just for his controversial Bibar and Prajapati, both which ran in to court cases on charges of obscenity and were banned for many years, he was also the author of Amrita Kumbher Sandhaney, Mahakaler Rather Ghoda – under the name Kalkut – and which have remained bestsellers even decades even after his death. The ‘Kalkut’ presentations were like epics.

He started off with very humble beginnings. And from the beginning he was one of his kind. The man who would dominate the book shelves and book stores started life hawking eggs, placed in a metal basket and even worked as a daily labourer. He was employed by the Ordnance Factory at Ichapore, near Kolkata, and was an active trade union player and being a member of the Communist Party, was jailed between 1949 and 1950 when the Party was banned.

It was in jail that he wrote his first novel, Uttarnaga and after his release, he took up writing full time. His association with people from the streets and factories gave him a deep insight in to their lives, social and political and as Samaresh Basu, they reflected in his works. As ‘Kalkut’, which started off as a travelogue, (he was commissioned to travel to and attend the Mahakumbh in 1951 by the Ananda Bazar Group and his classic Amrita Kumbher Sandhane (In Search for a Pitcher of Nectar, English translation ) announced the arrival of ‘Kalkut’. It was later made into a film starring Aparna Sen.

As Sumanta Bannerje, author of The Parlour and the Streets: Elite and Popular Culture in Nineteenth Century Calcutta and other books who has translated some of Basu’s work in to English, said about Samaresh Basu, “He remains the most representative storyteller of Bengal’s suburban life, as distinct from other well-known Bengali authors who had faithfully painted the life and problems of either Bengal’s rural society or the urban middle class. Basu draws on his lived experience of Calcutta’s ‘half-rural, half-urban,’ industrial suburbs”.

In all Basu wrote over 100 novels and 200 short stories, many of them were filmed, both in Bengali and Hindi. He won the Filmfare Award in 1983 for the Best Story for Namkeen. He was awarded the Sahitya Academy Award for Shamba, an interpretive study of the Puranas.

He has also done a biography on sculptor Ramkrishna Baij, Dekhi Nai Phirey.

His stories were made in to films by Gulzar (Namkeen and Kitaab), Tapan Sinha (Nirjan Saikatey), Mrinal Sen (Calcutta 71 and Genesis), Basu Chatterjee (Shaukeen), Gautam Ghosh (Paar) and many others. (Too long to list actually)

He also wrote for children and had created Gogol, a detective, for his young audience.

Adaab was his first story to be published in 1946 in the literary magazine, Parichay and is set on communal disturbances. It was translated in to English by Arunava Sinha in 2019 (arunavasinha.in).  It was first presented by Arunava for Art Pickles event on Partition Tales in February 2019.