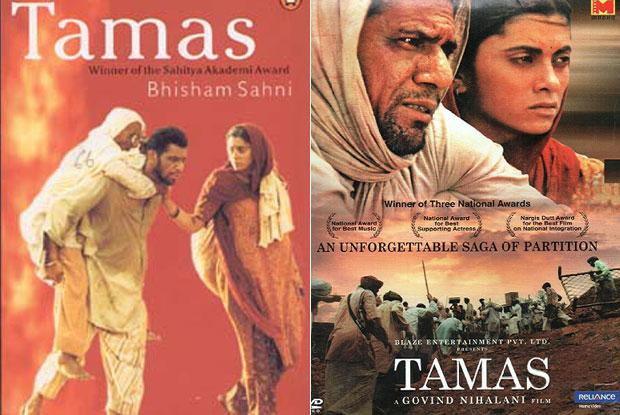 “Making Tamas was an act of faith,” director Govind Nihalani had said in 2013 in an interview with Mid-Day.

And faith did stay by his side ever since he chanced upon a copy of the book at a bookstore in Delhi while shooting for Richard Attenborough’s Gandhi, of which he was the Second Unit Director. Having come from Karachi himself during the Partition, Nihalani was able to identify with the storyline. Sahani, brother of Balraj Sahani, had seen Nihalani’s Aakrosh and felt that he was capable of taking on Tamas, which means Darkness. Tamas, the book, had won the Sahitya Academy Award in 1975, almost immediately after the book was published.

The original plan was to shoot the film in Pakistan’s Punjab, but that idea was shelved and it was shot in Mumbai instead. The author, Bhishma Sahani, who was himself an actor, agreed to play the role of Harnam Singh. “When I came to the character of Harnam Singh, I immediately thought of Bhishamji and Dinaben. I saw them as a pair and they immediately agreed,” says Nihalani about casting one of the famous names in Tamas. It had a heavy cast starring Om Puri, Deepa Sahi, Pankaj Kapoor, Uttar Baokar, Hangal Sahab, Manohar Singh, Saeed Jaffrey and Amrish Puri.

Nihlani had known Amrish Puri since their days with Satyadev Dubey’s theatre group and had already cast him in his earlier film, Ardh Satya. Puri had read Tamas and when Nihlani asked him to play the role of Sardar Teja Singh, he had just said, “Karenge.”

Getting money for Tamas was not easy, but almost accidentally found Lalit Bijlani of Blaze Films – who had produced Benegal’s Ankur – open to the idea. Govind had warned him that the film could be controversial, but Bijlani went ahead nevertheless. The film did run into controversy when aired on Doordarshan in 1988. Though it was a runaway success from the first episode, the Hyderabad studio of Doordarshan and Nihalani received threats from unknown people and had to be provided with security cover for eight weeks. “But I must thank all the progressive forces – writers, trade organisations, women’s organisations – they all supported us. Without that kind of support, it would not have been easy for me. Doordarshan also stood by me at that time,” Nihalani says.

Though made in 1988, Tamas needs to be screened again, over all channels, since the message of the story is perhaps far more relevant now than it was then.

The link below will take you to the haunting soundtrack of Tamas, scored by Vanraj Bhatia.