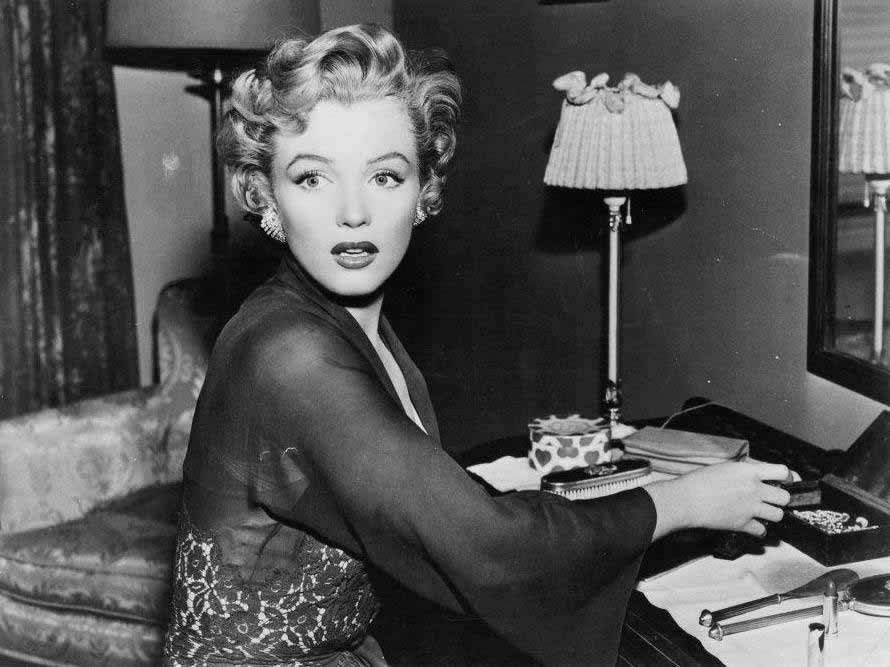 ** FILE ** In this Sept. 9, 1954 file photo, Marilyn Monroe poses over the updraft of a New York subway grating while in character for the filming of “The Seven Year Itch” in New York. (AP Photo/Matty Zimmerman, file)

Advertising is the art of seducing and enticing the unguarded to buy products & services that sell images & dreams, aspirations, hopes & desires … Today, more than ever in a hugely competitive market where consumers are spoilt for choices, the challenge for the sharp marketer is to try and offer a USP that defines the difference in an excitingly dramatic way! No wonder Indian advertising is blitzed with Film & Sports icons who – at least – attract eyeballs and enjoy some kind of attention span from an audience sold on both.

In year 2015 came news from Madison Avenue [the US, New York Ad Street that symbolized this game for us in India] that something sensational has happened in their marketing universe, unprecedented in the annals of Advertising history: the late Marilyn Monroe, the legendary blonde bombshell, has been selected as the New Face of Max Factor Cosmetics! She replaced the previous year’s brand spokesperson, Gwyneth Paltrow, and would be their celebrity Global Brand Ambassador for the year 2015! No sweat, except that Ms. Monroe, dead n’ gone for over half a century, had been yanked out from her grave to play a starring role in that year’s Ad campaign! The ads would emphasize the role that make-up played in the show-stoppers transformation from Norma Jean Mortensen to the red-lipped, platinum-haired dynamite which cemented her reputation as one of the most mesmerizing and unforgettable sex symbols to scorch popular imagination from the West. Max Factor’s Global Creative Design Director was both cool n’ confident as he articulated his pitch. “Norma Jean entered his – Max Factor’s – Blonde Room in the late ’40s as a brunette and emerged complete with Platinum Blonde hair, a beauty look fit for Ms. Monroe. She made the sultry red lips, creamy skin and dramatically lined eyes, the most famous beauty look of the ’40s, something that continues to dominate the beauty & fashion industry even today.” Little wonder that Max Factor unveiled the fabled blond knockout as the New Face of their Make-up brand. Through magical make-up artistry, MF continues to “help women, everywhere, identify their best features so that they can undergo their personal glamour transformation”, add their PR machinery. Why Monroe … why not anyone of the tons of blonde [living] bombshells emerging from Tinsel town? Simple. Her luminosity and magical communion with the camera was matchless as was her loneliness, touched with an aching vulnerability, re-enforced by a unique provocative emptiness begging to be filled, inviting admirers to violate it with their very own fantasies. Monroe, ultimately, was Everywoman: Beautiful. Vulnerable. Available … and open enough for men to read & decode the enigma to suit their ego! Also, Marilyn Monroe had a charisma, perhaps only matched by the great Garbo. Variously described as “every man’s love affair with America” and “sweet angel of sex”, Monroe could suggest undreamt purity of sexual delight. The boldness with which she could parade herself and yet never be gross, her sexual flamboyance and bravado which forever breathed an air of mystery, even reticence … her voice, which carried such ripe overtones of erotic excitement & yet remained the voice of a shy child – these complexities & contradictions were integral to her gift. And they brilliantly described a young woman trapped in some never-never land of unawareness. “She may have passed on physically in 1962, but for us, Monroe represents just what MF wants to resuscitate: the glamour for which the company was once famous. In the golden days when Hollywood ruled the world’s fashion and fantasies – 1920-1965 – MF ran the only cosmetic game in town, with path-breaking initiatives in the use of makeup for movies. Monroe epitomizes that dazzling phase and is the finest symbol to reflect the grandeur and glory of that golden era”, the Max Factor Honchos add. Point taken, but to clear-eyed, pragmatic marketing professionals and Brand custodians, surprise, skepticism & bewilderment hits the over-drive button. “I wonder how much sense it makes for a cosmetic company selling beauty products in 2015 to the living, to hire a dead person to peddle their wares” is only one of the loaded zingers to emerge from that camp. Another lot insist that this move is committed less to bosoms than bottom lines, less to charisma than cash! Hot-shot Communication & Ad/Creative dadas, however, dismiss this apprehension and root full-throated for this “astonishing, ground-breaking move.” Exclaims a Mumbai-based Creative Director dealing with Beauty products, “I think it’s an amazingly revolutionary idea, truly ground-breaking and courageous! It instantly fuses the profile of the company with a presence that, timelessly, represents both glamour and beauty in a truly original way!” He goes on to add that this initiative has also gone beyond the conventional “category-codes” that products follow while pitching ads to clients in terms of must-show visuals to spell out their USP. “With Magical Monroe as Brand Ambassador, it is a spectacular and instant connection that can take your breath away.” Agreed veteran Theatre-Screen Actor & Adman Abhijit Dutta, “What a spectacularly insightful idea! It takes genius – and balls – to dream up stuff like this because it so sharply exploits the virtual space that today dominates so much of the consumer landscape. Monroe & Max Factor, the ultimate made-for-each-other brand, so very likely to capture the popular imagination. Bravo!” The Mumbai-based celebrated face of Taproots-Dentsu Advertising, Agnello Dias confessed he was both “taken aback by this unusual, extraordinary sensation-grabbing move” and was curious about how it would ultimately pan out – on the ground – once the gasps & pants die down. “The execution part is crucial. However, whatever the outcome, definite brownie points for an astonishing bit of original out-of-the-box thinking!” So, everything considered, one thing remains clear: Both body & spirit of the charismatic Marilyn Monroe is obviously very alive and in a super seductive mood if, in today’s fiercely competitive and commercial world, she is recalled! Little wonder that the awesome sex symbol was rated the richest dead celebrity by Forbes magazine in 2014 when she earned a mind-blowing $ 17 million!

Gentlemen, sure prefer blondes … in a big way, huh? What a way to wake the dead!

Monojit Lahiri is a veteran Creative Director with a journey that spans over four decades. After having started out in JWT, Kolkata in 1970, he went on to be associated with several A-list ad agencies like R K Swamy-BBDO/Frank Simoes/ULKA – amongst others. He has also been published across every major mainstream publication in the country as a film critic and a lifestyle commentator. Lahiri presently lives in Kolkata.