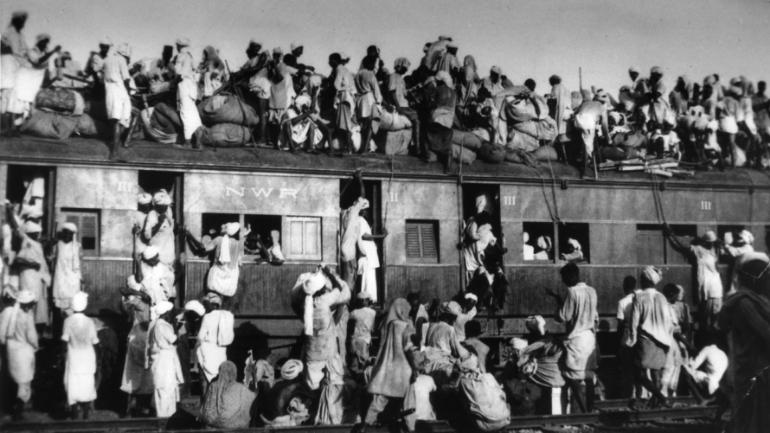 Yes, in plural. Between 1835 and 1947, the borders of Bengal have been redrawn five times. Till 1835, the administrative control of northwest Provinces, covering most of what is now Uttar Pradesh and Arakan Hills were run by the Bengal Presidency. These were split off, with Arakan becoming a part of Myanmar. Again, in 1874, nine districts from Eastern Bengal were carved out to form the state of Assam. And later in 1892, two more districts, Chittagong and Chittagong Hill tracts were also added to Assam.

Then came the infamous decision to divide Bengal in 1905 by Lord Curzon which was opposed by almost everyone in Bengal, irrespective of religion and community. Among the many notables who actively opposed the division was poet Tagore himself, who went ahead and tied rakhi on the wrist of everyone he met on the streets and even entered the Nakhoda Masjid and tied rakhis on the wrists of ‘Maulavis’. He had also composed a number of very special patriotic songs during this period.

Public pressure forced annulment of the Partition in 1911, but while the Eastern Bengal was added back, Bihar and Odisha were removed from the Bengal province. The new borders remained steady till 1947 when the Great Partition happened. However, the breakup was not without twists and turns.

When the decision to divide India was taken, it was on basis of religion. So all Muslim dominated provinces would go to Pakistan and Hindu dominated would remain with India. Bengal was a Muslim dominated province and the Bengali Muslims, led by Muslim League wanted all of Bengal to be a part of Pakistan. However, after much discussions, it was decided that western Punjab with its Hindu and Sikh majority would be sliced out and become a part of India. This led to the Hindu Mahasabha President, N C Chatterjee, moot the idea of the partition wherein all Hindu majority districts would have the option to remain with India. The idea soon gathered currency and was accepted by the Bengal Congress Party almost immediately. The move was also supported by the Marwari businessmen in Kolkata, led by G D Birla. Strangely, it even won support from Muslim businessmen in Bengal who wanted to stay out of competing with Tatas and Birlas. The proposal was finally accepted by a speech by Lord Mountbatten on June 3. 1947 and relayed over microphones at street corners in Kolkata. It was greeted with euphoria.