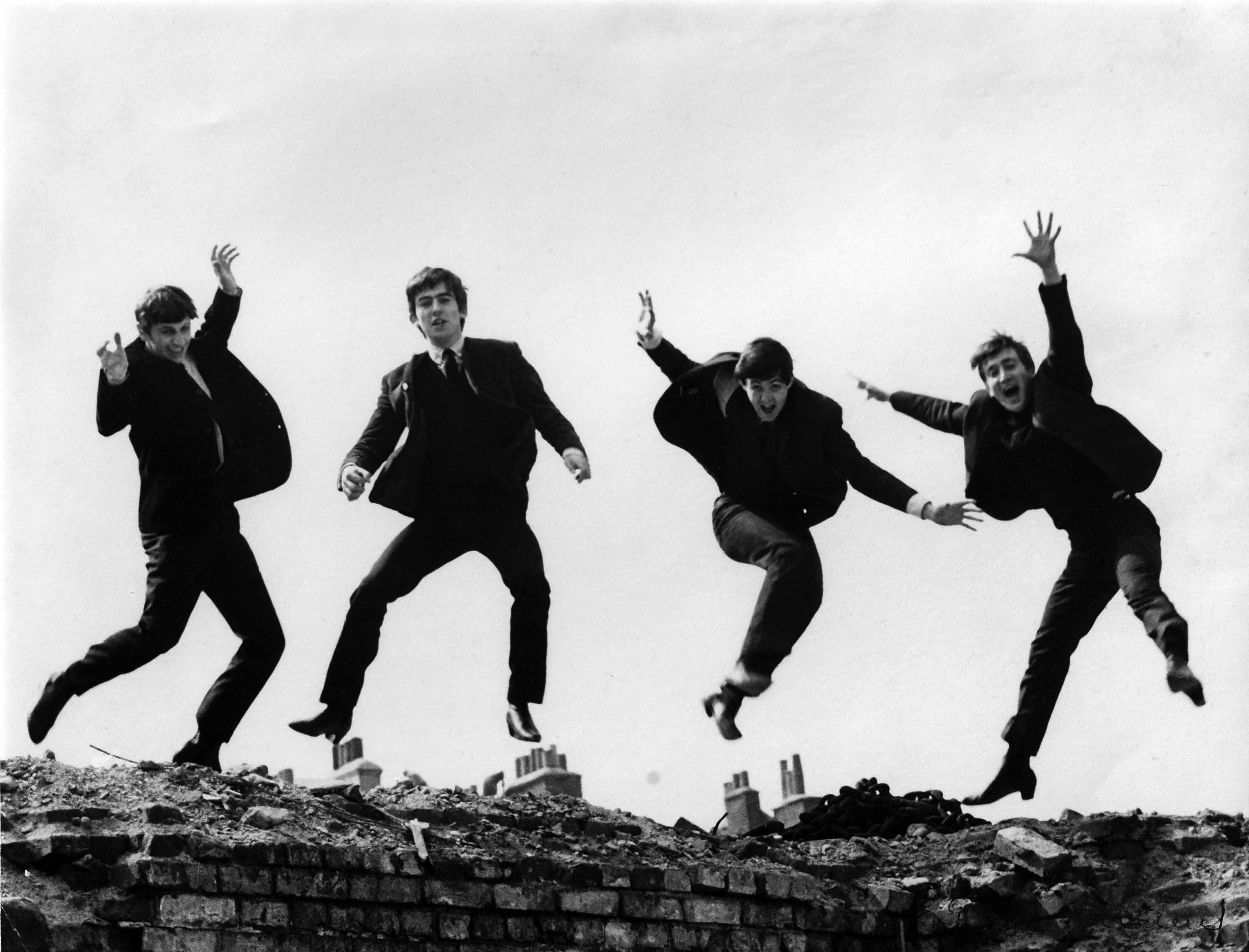 On a fateful day in late 1959, a new group called Quarrymen was performing in the seaside town of Liverpool in England, when a young Paul McCartney came to watch them, to see his neighbour, John Lennon. After the show John and Paul hung out together and felt an immediate connection. Soon, Paul joined the Quarrymen with George Harrison, another neighbour, Stu Sutcliff on bass and Pete Best on drums. A few name and personnel changes later, with stints as the Moondogs and the Silver Beatles, they crossed into the sixties as simply The Beatles, losing Stu Sutcliff and Pete Best along the way and getting Ringo Starr from Liverpool’s number one group, Rory Storm and the Hurricanes, as their drummer. Performing in the club Cavern in Liverpool and in the Kaiserkeller and the Star Club in  Hamburg, Germany, by the beginning of 1963 they had built themselves quite a rep and following. Playing a heavy mixture of skiffles (popularised in England by Lonnie Donegan, who in turn picked it up from Lead Belly and Woody Guthrie in America), with heavy rhythm and blues influence, which came to be known as the Mersey Beat.

What followed is history. The Beatles had No.1 hits one after the other in UK, with “Please Please Me” and “From Me to You.” Soon, their fourth single, “She Loves You” turned gold on its way to becoming the biggest-selling single ever issued in Britain. Wherever they went crowds, especially teenage girls, went berserk – Beatlemania had arrived.

In 1964 the Beatles hit America. And as Life magazine put it: “In [1776] England lost her American colonies. Last week the Beatles took them back.”

Unprecedented scenes of Beatlemania took hold as millions of kids (and not a few adults) went crazy to the sound of rock & roll that was fresh, exotic and full of vitality.

Once the Beatles had opened the gate, a whole regiment of British musicians followed. The foremost being the Dave Clark Five, the Rolling Stones, Herman’s Hermits, the Searchers, the Hollies, the Animals, the Kinks, the Yardbirds Gerry and the Pacemakers, Freddie and the Dreamers, Petula Clark, Swinging Blue Jeans and so on. England had indeed conquered the soul of American music in the sixties!

In contrast to the Beatles, the Stones put the raunch back in rock & roll. They delivered knockout punches with “Time Is on My Side”, “The Last Time,” “(I Can’t Get No) Satisfaction.” “Get Off of My Cloud,” “19th Nervous Breakdown” and “Paint It Black.” The music of the Rolling Stones was like ice-and-fire in comparison to the Beatles. Simmering, blunt edged and angry, it perfectly caught the spirit of the times of counter-culture and anti-establishment.

Back in London, the Yardbirds, who inherited the Stones’ spot at the Crawdaddy Club became famous for their high power guitarists — who were, in order of succession, Eric Clapton, Jeff Beck and  Jimmy Page, and used their blues background to do a series of experiments in futuristic rock and were feted both sides of the Atlantic.

Another rising London band was the Who. They burst on the scene with a violent stage show, which featured the smashing of guitars, drums and amps and became famous for their angry lyrics like in “My Generation” and “I Can’t Explain” composed by Pete Townshend, the group’s guitarist. The band went on to create such musical landmarks as “Tommy” and “Who’s Next”.

The provinces beyond London added to the rock & roll and R&B scene with such powerhouse acts as  the Animals, the Spencer Davis Group and the Moody Blues. The key talent in the Spencer Davis Group was a sixteen-year-old lead singer and multi-instrumentalist, Steve Winwood who later formed his own group, Traffic, and eventually became a solo superstar.

Though the Beatles reigned supreme in the sixties, rock and roll evolved in many directions with a whole lot of very talented musicians and a battery of bands. And the world rocked like never before. “It sort of turned out all right,” George Harrison said of the Beatles’ decade, in a classic British understatement, at the 1988 Rock and Roll Hall of Fame awards ceremony. “And still a lot bigger than we expected.”

And what was happening in America, the original home of rock & roll, as the British bands were exploding both sides of the Atlantic? Watch this space for that story soon!

Arjun Ghosh has been a respected advertising writer since the seventees and has worked with a number of big brand agencies and on big brands spanning over 45 years. Educated at St Xavier’s College, Kolkata and St Stephens, Delhi, he is a product of the ethos of the 60s and has authored a book, Six Years on the Dope Trail (Notion Press), recounting his travels and life in the sixtees and early seventees. He is considered one of the knowledgable few in the business of Rock, Pop and what have you.