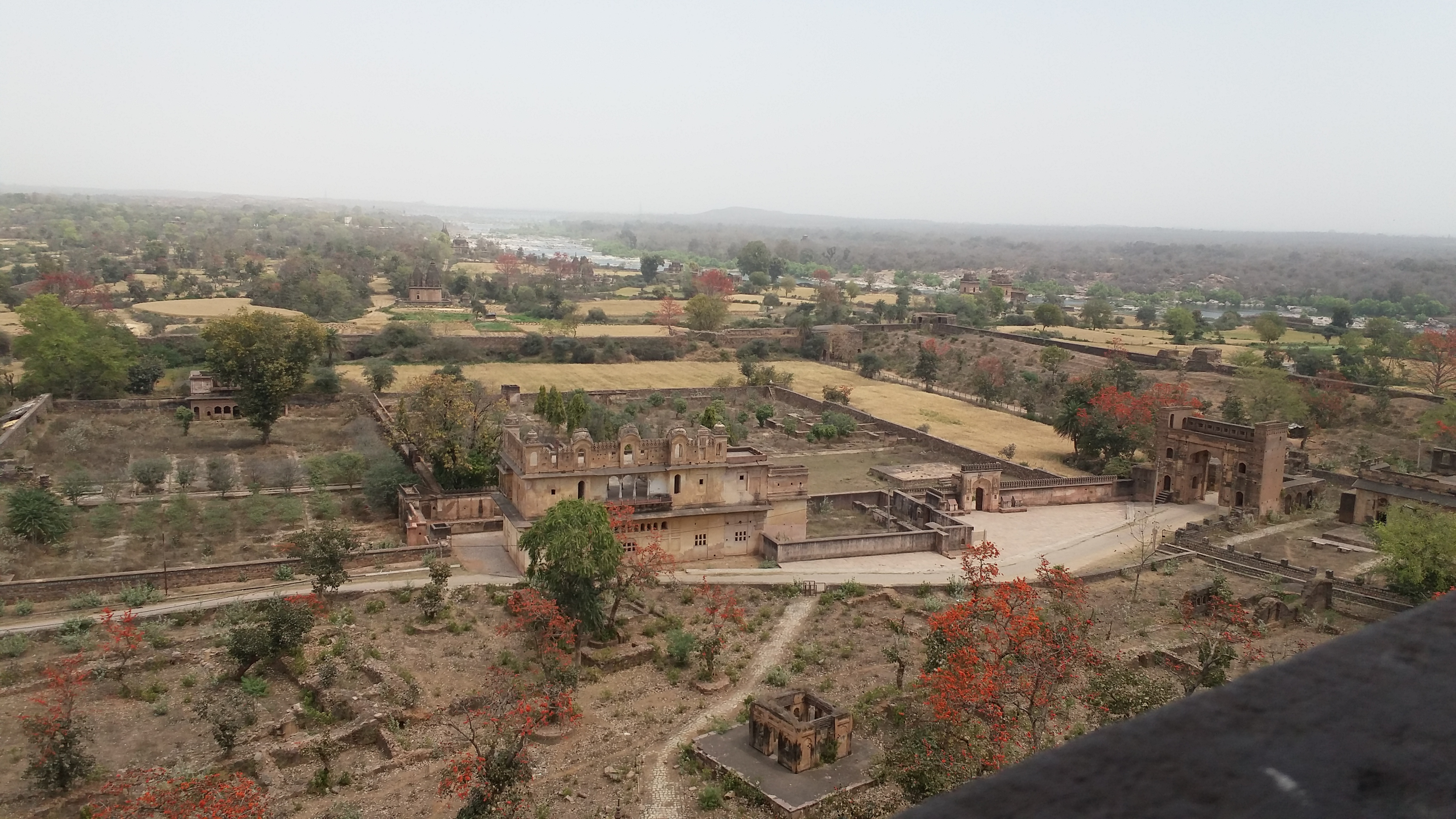 A royal tale is seldom without a love story. Anarkali and Salim, since immortalised on celluloid by K Asif’s Mughal-e-Azam, something like that. So, why should Orchha be any different?

A small little town tucked away amidst the sprawling wilderness of Bundelkhand, Orchha was once a princely-state. While now dwarfed magnificently by the neighbouring bustling city of Jhansi, Orchha retains her regal heritage only in her forts, her palaces and her innumerable temples – a quiet reminder of the city-state’s erstwhile grandeur and magnificence, the seat of power that she was in the region. And what also helps Orchha reinforce her royal past on the present are the tales of a few good men and women, brave men and women, who believed in what they stood for, their tales now turning to lore in the quiet narrow lanes and by-lanes of a historical city.

And one such tale is that of Rai Praveen. Beautiful, supremely talented – and as was evidenced later – insurmountably brave, Rai Praveen was the court poet, singer and dancer of King Indrajit of Orchha. Rai Praveen was a lot more than what mere words can describe her to be. She was a sight to behold, an resplendent aura to watch, her dance was mesmerising, her voice tranquilising, she deserved all the sonnets a romantic poet could only but endure – all of this proved true when her fame spread far and wide, beyond the borders of Bundelkhand, right till it reached the doors of Emperor Akbar’s court in Fatehpur Sikri.

The Mughal Emperor Akbar, the greatest Mughal ruler to have lived, was truly captivated by the tales of Rai Praveen’s near-ethereal enigma, he kept hearing visitors at his court feel blessed to have seen her perform, hear them keep brandishing praises for her with reckless abandon – and so it was but natural, that Akbar wanted to see her, to keep her for himself. It was what emperors did back then. And there wasn’t much paperwork involved either, no armies to march, to conquests to be made. Bundelkhand was already a province under the yoke of Mughal imperialism, and all Akbar had to do was order King Indrajit to make preparations for Rai Praveen’s travel to Agra – once and for all.

The only hindrance to Akbar’s grand plan was not legal or administrative, it was pure love. Rai Praveen was talented no doubt, she was a sight for sore eyes, agreed – but perhaps her performances lived up to the legend she left behind for posterity because of the person she was performing for. And that was Raja Indrajit, the king of Bundelkhand. Rai Praveen was in love with the King and vice versa. Evidently, the two of them brought out the best in each other – something that Akbar, or anyone else then failed to perceive.

However, Raja Indrajit would definitely have trouble standing up against the might of the Mughal armies in the name of love. Not only would he risk his own life, the Mughals would snatch Rai Praveen anyways over his dead body, and they would raze the city of Orchha to the ground. There was absolutely nothing that he could do. He had to send Rai Praveen away.

Needless to say, a few days later, the thrilled populace of Agra, and an even more thrilled and beaming Emperor Akbar sat in shock and awe as the court first witnessed the sight that was the till-then-mystical Rai Praveen. And it was worth the wait, worth every word they had heard repeatedly about her. She was the Goddess herself, sitting there before them all, ready to break into a performance they had only imagined off.

And she sung a song, paraphrased to – only dogs, crows and vultures eat something that has already been tasted and devoured by another.

Rai Praveen was an artisan, but a bloody bold one at that. Sitting in Fatehpur Sikri, in the heart of the Mughal bastion, before their greatest king ever, Rai Praveen explained her predicament with sincere aplomb. She let Akbar know that her heart belonged to another, back home, at Orchha, to Raja Indrajit, the King of Bundelkhand, servant to the Jahapanah. All he was getting was a cheap second. Agra watched the splendour unfurl, they witnessed their performance, they breathed her in with their eyes, Emperor Akbar watched.

All said and done, there is something to be said about the King who knows when he’s defeated. Perhaps it brought out the greatness in a king, his humanity, a reminder that he too is flesh and blood and not truly the God of all he saw and purveyed. Such rulers become legends with time. The Mughal Emperor Akbar was one such. While the whole of Agra lost themselves in that one night with Rai Praveen and her dance of immortality, Akbar watched and heard and he knew what he had to do. Rai Praveen was sent back to Orchha with all the gifts and wealth she could carry, and the gratitude of a humble king, a servant of his people, for blessing them all with her performance.

Rai Praveen lived and died at Orchha, in a palace that Raja Indrajit built for her overlooking his own palace, the famous palace of Orchha. She remained his courtesan, happy and content, her fame spreading farther and farther, to foreign lands far and wide – not just as the divine artist that she was, but as the woman who told Akbar he couldn’t have her.

A tale of royalty isn’t royalty without a love story. Raja Indrajit and the courageous Rai Praveen make the tale of Orchha royal.