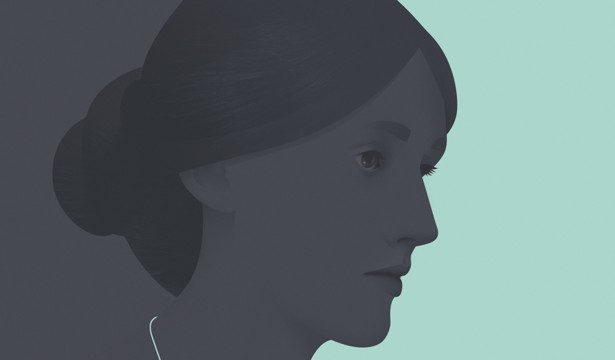 Women wear an artful camouflage – the signature curves, the smooth pastel strokes of luster on the skin and the coquetry behavior make them the muse for many. What goes unnoticed is the spiritual and intellectual inclination that has subdued itself over centuries of dictatorial patriarchy.The world famous artistic paintings have used women bodies as a consumer of passion & love, as a possession of the lover, as a portrayal of chained emotion. Hardly, if ever, we come across such work where men are depicted submissive! One of the most expensive paintings in the world – Nude, Green, Leaves & Bust by Picasso, the painter’s mistress and muse Marie Therese can be observed in full obedience to Picasso, whereas he is guarding and enveloping his love, also branding her with his own initials PP for Pablo Picasso, a way to make her tied up to him in all forms. The artist always believed, ‘there are only two types of women- goddesses and doormats’, so he depicted Therese as a fertility goddess and positioned her in a submissive way to portray her as a doormat too.

Alternatively, there are artists who have questioned this submissive behavior by women through their work – If we keenly observe the work of Indian artists then many have questioned the taboo surrounding women’s body – Amrita Shergill’s each painting depicted a unique reincarnation for women. Gogi Sarojpal emphasized on the animal instincts of a woman. She perceived woman as Kaam Dhenu. It was important in the medieval period that women showed animal instincts in her behavioral pattern.

Virginia Woolf’s essay ‘A Room of One’s Own’ analyses the many layers of prohibition because of which we didn’t have great women in art & literature in the Shakespearean era. She imagined a scenario where Shakespeare had a wonderfully gifted sister, called Judith.

She goes on to describe –

“She was as adventurous, as imaginative, as agog to see the world as he was. But she was not sent to school. She had no chance of learning grammar and logic, let alone of reading Horace and Virgil. She picked up a book now and then, one of her brother’s perhaps, and read a few pages. But then her parents came in and told her to mend the stockings or mind the stew and not moon about with books and papers.”

With the given facts of that time, she came up with the most probable outcome –

“She died young—alas, she never wrote a word. She lies buried where the omnibuses now stop, opposite the Elephant and Castle. Now my belief is that this poet who never wrote a word and was buried at the cross-roads still lives. She lives in you and in me, and in many other women who are not here tonight, for they are washing up the dishes and putting the children to bed. But she lives; for great poets do not die; they are continuing presences; they need only the opportunity to walk among us in the flesh”

In Marjane Satrapi’s autobiographical book ‘Persepolis’, she explains the effect religious restrictions have on women’s intellect and identity: “The regime had understood that one person leaving her house while asking herself:

Are my trousers long enough? Is my veil in place? Can my make-up be seen? Are they going to whip me?

No longer asks herself:

The constant war against women’s intellect had severely damaged the thought process, where the nerves of emancipation have become numb. Even if societies have become so called liberal, these issues have not become archaic but are contemporary in every form.

On the other hand, there is literature like ‘Fifty Shades of Grey’ and ‘Twilight’ which is not supposed to be taken as serious reading but still goes on to form the cultural tone of the society. These works ultimately state that women have a chance at a happy marriage and fulfilling life only if they choose to forgo their identity or have no identity of their own to begin with!

As Chimamanda Ngozi Adichie points out in her essay and a TED talk by the same name, ‘We Should All Be Feminists’:

“We teach girls to shrink themselves, to make themselves smaller. We say to girls, you can have ambition, but not too much. You should aim to be successful, but not too successful. Otherwise, you would threaten the man. Because I am female, I am expected to aspire to marriage. I am expected to make my life choices always keeping in mind that marriage is the most important. Now marriage can be a source of joy and love and mutual support but why do we teach girls to aspire to marriage and we don’t teach boys the same? We raise girls to see each other as competitors not for jobs or accomplishments, which I think can be a good thing, but for the attention of men. We teach girls that they cannot be sexual beings in the way that boys are.”

As varied the descriptions of women in the arena of art and culture might be, whether it is holding a mirror to society or dreaming a big dream of an equal world, we definitely have a long way to make our women free in their wilderness.