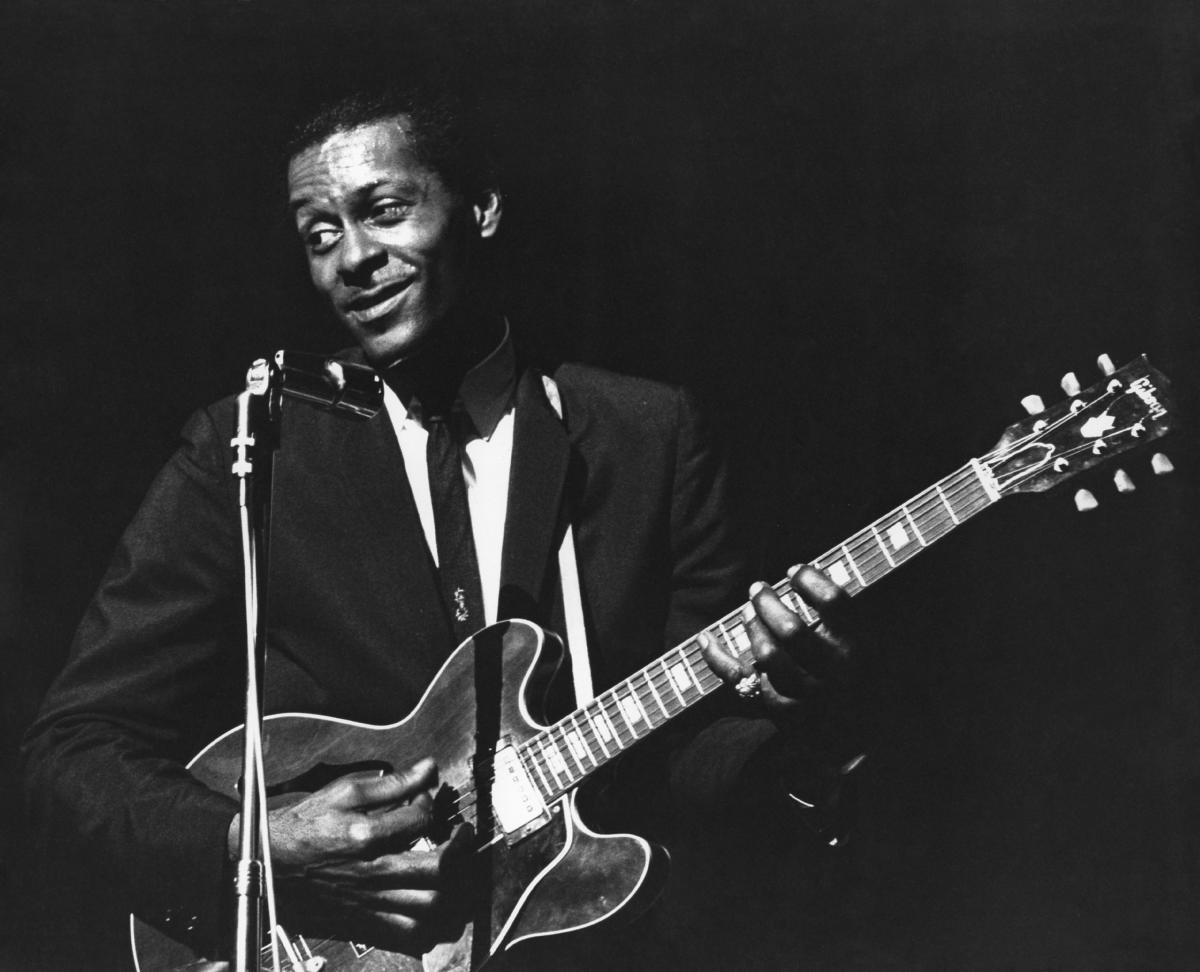 In the post-War years of the late-40s and early-50s, America, the least affected among the Allies by the trauma of war, due to its distance from the war zone, concentrated on industry, commerce — and  a new burgeoning middle class that ushered in new trends, styles and music.

The music in the late-40s and early-50s was dominated by middle class tastes with people like Perry Como, Doris Day, Frank Sinatra, Nat King Cole and the remnants of the big bands and band leaders of the War and pre-War years; music that was safe, sweet and at times, a bit insipid. However, there was another body of music that was there since the early-40s. The music that had evolved from the cotton fields of the Mississippi delta, the music played and sung by the cotton field workers as their forefathers had done right from Africa and as slaves in America. This music, which was essentially the cotton field blues played by black musicians had evolved to become electric blues or simply rhythm and blues with the now commercially available electric guitars and along the way, absorbing jazz rhythms and phrases with the brass backing of the jazz bands. However, this was confined to mainly black audiences and was played and listened in clubs that were “across the track” as they were called.

Then suddenly in 1952, a band comprising white musicians, called Bill Haley and his Comets, recorded a number that was an interesting mix of black  rhythm and blues, jazz and pop, quickly followed by a song called Rock Around the Clock that blew the minds of white teenagers and was adopted as the title song for the teenage movie, Blackboard Jungle. Unprecedented scenes of the audience at live shows dancing on the aisles, ripping up the seats occurred and that happened even during the movie (the precursor of the Beatles US tour!). And thus, the first roar of rock and roll was sounded.

In the meantime, in the era of segregation, only a handful of small independent recording companies like Sun in Memphis, Chess in Chicago and a few engineers like Sam Philips would record or press records for black blues musicians like Muddy Waters, Howling Wolf, etc. and only one or two radio stations, like that of Alan Freed, would play them. It was Alan Freed who couched rhythm and blues as rock and roll to make it more palatable to white audiences and a new genre was born!

However, some black musicians soon realized that the current pop of white folks was selling far more records than rhythm and blues or blues rock, and so decided to do a crossover, toning down blues and rock n’ roll to match the current pop music. Fats Domino in New Orleans was the first to cross over and though his music had much more energy and depth than white pop, it was still safe and palatable to the white middle class.

Then around 1955 a tornado hit New Orleans, just as a black musician called Little Richard hit the town to record at one of the few studios that would record black artists. Flamboyant Little Richard with his make-up and high voltage stage show would pound his piano while dancing and gyrating, which was hardly safe, but a new era of rock and roll started.

Meanwhile, in Chicago in 1955, a black musician called Chuck Berry drove into town in his pick-up truck with his guitar next to him on his seat. He was quickly taken under the wing of the bluesman, Muddy Waters, at Chess Records, but Chuck hit the stage and recording studio with a style that was uniquely his own. Iconic rock and roll hits like Rock and Roll Music, Maybelline, Roll Over Beethoven, Johnny B. Goode and many others followed with Chuck’s driving guitar and high voltage dancing that are landmarks in rock and roll history and as John Lennon once said – If you wanted to give rock and roll another name, you could call it Chuck Berry.

While all this was happening, another scene-changing event happened in Memphis in 1955. A white boy called Elvis Presley recorded a unique blend of blues, gospel singing, pop and rock at Sun Records. By 1956, he had 7 singles in the national Top Ten and a huge force had arrived on the rock and roll scene. His stage shows with high energy gyrating, with his good looks and charisma made him the biggest star in the music firmament —when Luxembourg Radio started to broadcast his songs, he became hugely popular in England and Europe too, and was instrumental in popularizing rock and roll all over the world. The establishment in America dubbed his music and shows obscene and some states even banned his records and performances. The conflict with the establishment that has been a recurring theme for rock music, had begun.

The other white musicians of the time who developed rock and roll with its unique blend of electric blues, jazz, gospel and pop were Jerry Lee Lewis and Buddy Holly. Jerry Lee Lewis, in the mould of Little Richard, with his high energy piano pounding and dancing, came up with iconic hits like Great Balls of Fire. However, Jerry Lee Lewis fell in love and married his 13-year old second cousin and the huge outrage that followed in puritanical America of the time, led to his shows being cancelled, and his records were banned, which practically finished his career.

Buddy Holly and his band, Crickets, were real boys next door. With his thick frame spectacle and clean looks he looked a typical nerd
— till he started performing, playing his guitar, and he would rock the house out! Tragically, he died in a plane crash when he was going to New York with other musicians like Ricky Valens. Rock and roll had lost one of its iconic figures.

As the ‘50s drew to a close, much of the rock and roll scene in America was running out of steam. Ironically, rock and roll had sidelined the blues men like Muddy Waters, Howling Wolf and others. It would be some time before there would be a revival — thanks to the English musicians. Little Richard found God and stopped playing rock’n’roll and concentrated on gospels. Elvis went off to the Army and went for his tour of duty in Germany. Jerry Lee Lewis was disgraced. Buddy Holly tragically died. However, thousands of miles away, quietly in a town in England called Liverpool, a new rock and roll magic was brewing.

Watch this space for that rock and roll phenomenon.

Arjun Ghosh has been a respected advertising writer since the seventees and has worked with a number of big brand agencies and on big brands spanning over 45 years. Educated at St Xavier’s College, Kolkata, and St Stephens, Delhi, he is a product of the ethos of the 60s and has authored a book, Six Years on the Dope Trail (Notion Press), recounting his travels and life in the sixtees and early-seventees. He is considered one of the knowledgable few in the business of Rock, Pop and what have you.

1 thought on “The World Learns to Rock – Part I”