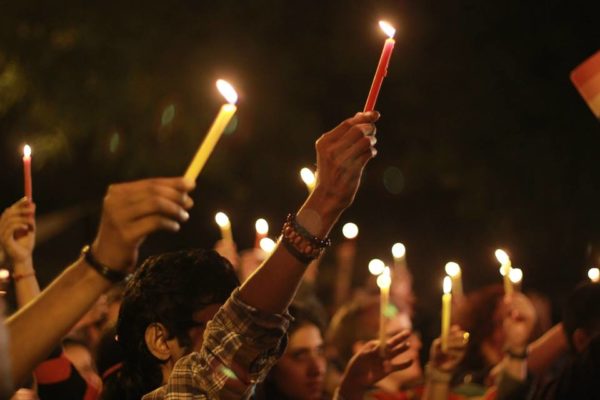 Then straight the first did turn himself to me

And cried, ‘He lieth for his name is Shame,”

The above lines are extracted from the poem ‘Two Loves’ by Lord Alfred Douglas, where he expresses his passion for his beloved playwright, Oscar Wilde.  Their love deepened with time and distance, but couldn’t blossom because of the winds of hatred, that often tried to deseed its very existence. Oscar was imprisoned for sodomy multiple times and was forced to ostracize himself from the discriminatory world. It was 1897, more than 100 years have gone, but we are still stuck to the archaic rules that were and are against all kinds of ‘freedom of expression’.  The society dictated love, it was homophobic and transphobic then, and is still the same.

Society at large, have always been reluctant to accept anything that is apparently against the norms; and when it comes to love and sex, the degree of reluctance intensifies. The word ‘queer’ is often associated with something that is unaccepted, abnormal and improper. People, who identify themselves as queer, struggle to explore the dimensions of normality, which through their eyes look like a dystopian creation. And, the internal rage boils in a closed heart with no possible escape for the steamed violent passion. The victims then suffer from internal combustion that leads to depression, loneliness and sometimes to suicide. The need is to block the hick, and begin having a dialogue, so as to at least frame the thought template that defines queer as another normal. We believe this dialogue could be initiated through expressive art. An artist tends to represent his internal space and feelings through his/her artwork, and the observer can interpret it in any way he/she wants. When artists of all kinds – writer, poet, filmmaker, painter, dancer or singer, raise their voices against injustices and insensitiveness, then observers are deemed to react and understand the causes and consequences.

Historically, artistic approaches were known as powerful tools to change the world. Whether we talk about moving theatre or street plays, or graffiti; political and social revolution always witnessed a large number of people coming together through art. The history of the street art or graffiti can be traced back to the metropolitan cities of America in the 1980’s, and who could ever forget the revolutionary song ‘Hum Dekhenge’ by Faiz Ahmed Faiz which was sung by Iqbal Bano, wearing a black saree, an outfit that was banned in Zia Ul Haq’s administration. One of the most iconic works in literature about homosexual relationships, and about love in general, is Brokeback Mountain by Annie Proulx. The words leave you wondering whether the sanctity of love can ever be questioned if it nourishes itself from the souls that belong to different genders, in the physical world. Time and again, not only through literary work but through modern means of communication, the issue of ‘love for all’ has been raised by activists and crusaders. In 2015, Miley Cyrus took to instagram to create transawareness, where she narrated stories of trans people with their portraits. When celebrities endorse a cause like this, followers are more likely to build a sense of connectivity and get inspired by real life stories.  The bandwagon effect must become powerful with more stakeholders joining the campaign in any way possible.

The main findings of the research done by the International Journal of Applied Research in 2016, on Issues and challenges of ‘LGBT’ minority people in India are:

“Due to loneliness LGBT people becomes drug addict and turn toward alcohol, tobacco and other drugs than the general population. These LGBT minority people become victims of violence and crime. In many instances LGBT individuals are not legally protected from abusive and discriminatory actions.”

Therefore, LGBT & Art is an initiative to start a dialogue about things that are considered taboos. Our aim is to create a platform for anyone and everyone who has a voice on the issue to come and express themselves freely without the fear of being ostracized or judged for what they may think, feel or say.

When celebrities endorse a cause like this, followers are more likely to build a sense of connectivity and get inspired by real life stories.  The bandwagon effect must become powerful with more stakeholders joining the campaign in any way possible.

We have been able to bring activists, victims and artists on a common platform, where we dream of unifying the voices from different directions, and initiate a powerful movement.

So, if we hope that someday we would be able to normalize queerness, don’t you think the initiative must take the form of a revolution?

Mail us – Pickelingart@gmail.com for more details.