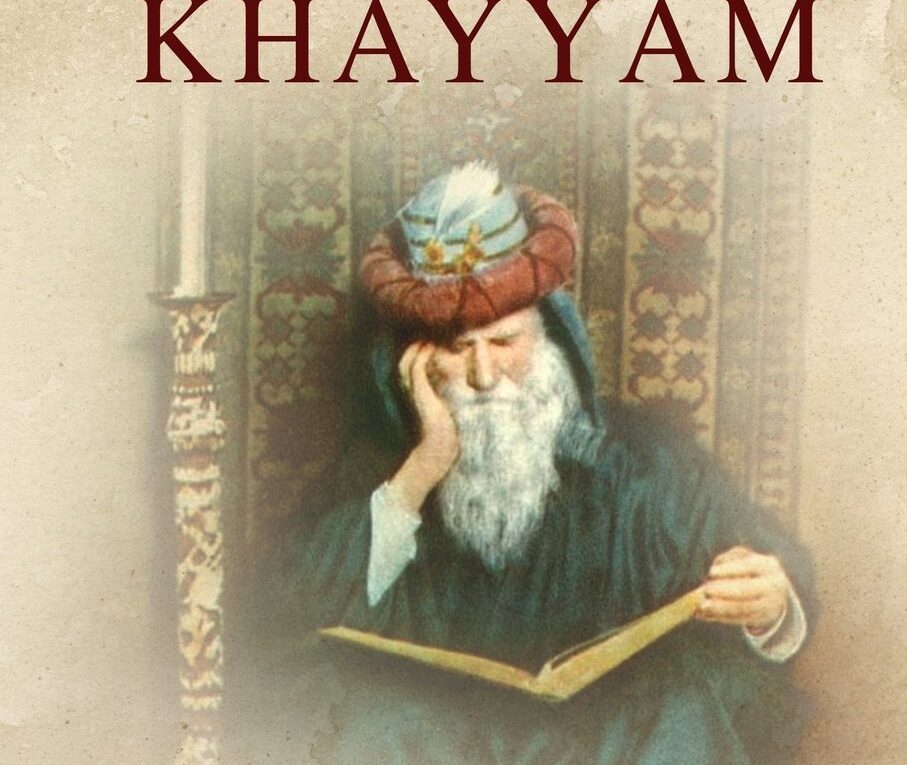 Up from Earth’s Centre through the Seventh Gate

I rose, and on the Throne of Saturn sate,

And many a knot unravel’d by the Road;

But not the Master-Knot of Human Fate.

Piercing through the dark viscosity of the space, the poet travel to the Seventh Gate, here ‘Seventh’ could refer to the seventh gate of Thebes (an Egyptian city) or the seventh planet, Saturn (Earth was known as the center of all the planets at that time). Even after traveling a long distance and gaining wisdom, he couldn’t answer the ultimate question regarding human fate. The Master-Knot can very well refer to Alexander’s story where instead of solving the Gordian Knot, he sliced the knot using his sword – which reflected his inability to solve the most complex problem of life and death.

Omar Khayyam poured several teaspoons of philosophy in a bucketful of astronomy and sprinkled poetry all over it, and the experiment was done under the controlled parameters of myths and legends. The lines are self-explanatory but once you begin slicing through the spirit of each word, they ogle with the desire to get stripped layer by layer.

This Iranian Poet of Passion – Omar Khayyam, spent his life wrapped under the blankets of science and philosophy in Nishapaur, Balkh, and Samarqand and immersed himself in absorbing the cosmic knowledge in every possible way. The fine mesh of knowledge that seeped through his life made him vulnerable to the political, religious, and cultural transformation in the society. It was the time when Seljuq Dynasty took over Nishapur (Omar’s birthplace), followed by the Mongols causing bloodshed in the vicinity. Greed, maliciousness, hypocrisy, massacres, and cruelty rode on the fate of human civilization. This provoked the poet to write on the mysteries of the universe, the disloyalty of the world, questions on life, the structure of the social life, and moments that we cherish or loathe.

The quatrains (Rubaiyat) by Omar Khayyam are a collection of poems through which he deciphers the philosophical and mysterious nature of human existence. Witnessing morbidity with such proximity must have made him write in a pessimistic tone, which is very often found in his poetry. Amidst all this, there is a shining bubble of hope that may be reached by tearing through the condensed darkness. Fitz Gerald – the poet who ultimately introduced Omar Khayyam to the Western world through his translations, never had any intentions of translating Omar. Friends with Tennyson and Thackerey, Fitz led an eccentric lifestyle and indulged himself in art, music, and literature. In 1853, Fitz began learning Persian from Edward Cowell (translator of Persian poetry and the first professor of Sanskrit at Cambridge University). This interaction introduced Fitz to the world of romanticism – ‘Rubaiyat of Omar Khayyam.’

Ah, with the Grape my fading life provide,

And wash my Body whence the life has died,

And in the Windingsheet of Vineleaf wrapt,

So bury me by some sweet Gardenside. The works of Khayyam remained hidden for centuries, but after Fitz’s translation it slowly took up momentum and when the Western writers unleashed the layers of these verses, it resulted in the formation of the Omar Khayyam Club in 1890 with members like Mr. William Watson, Mr. Justin Huntly McCarthy, Mr. Arthur Hacker and so on. Some members of the club even visited the grave of Fitz’s as a sign of their reverence for introducing them to the mystical Sufi concepts.

The famous poet Thomas Hardy requested his wife to read one of the Khayyam’s verses while he was on his death bed:

Oh Thou, who Man of baser Earth didst make,

And who with Eden didst devise the snake;

For all the sin wherewith the Face of Man

Is blacken’d, Man’s forgiveness give – and take!

It was during this period that Oscar Wilde came out with one of the most iconic pieces of literature – The Picture of Dorian Gray, Lord Henry Woton’s character in the book refers to the sensual pleasures in the works of ‘Wise Omar’ and convinces the young Dorian to trade his soul for eternal youth.

Khayyam’s rejection of the idea of religion and acceptance of cultivating the present moments caught the aspiration of many who were surrounded by the sermons that told them to follow a set of principles. This was a distraction for many who were jammed between moral and amoral dilemma.

Soon, the poetry of Khayyam became a sensation and entered the lifeline of popular culture. Interestingly, Omar playing cards, tooth powder, and illustrated editions entered the Western market. Walt Whitman (American poet) even carried miniature copies of the book to the battleground.

Omar’s ideas paved their way through the works of poets and writers who stood against the establishments. Translations by FitzGerald made rounds amongst the hippies and beatniks of the 1950s. While opposing the Vietnam War, Martin Luther King quoted Omar in one of his speeches,

“It is time for all people of conscience to call upon America to come back home. Come home America. Omar Khayyám is right. The moving finger writes and having writ, moves on.’

Indeed, it was Khayaam’s ideas that traveled through different times and spaces. Pressed under the flakes of hedonism, perhaps we can find some moments of peace if we just look deeper and reach the mystic level that Fitz refers in his book.