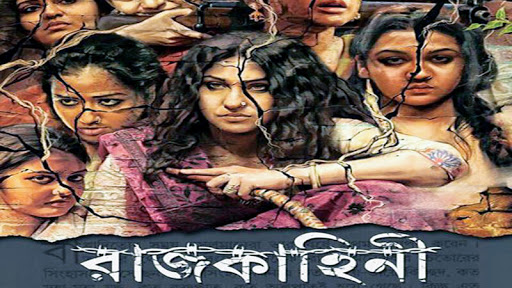 he pertinent question: Was the Partition of Bengal a part of Radcliffe’s pencil work, or was it dictated by the political ambition of Bengal’s leaders, cutting across party lines and religion?

Prima facie, the Bengal Partition on basis of religion had an inherent problem. The Muslims were in a majority in undivided Bengal, were concentrated on the eastern side, while the Hindus on the west. While the Muslims had the superiority in terms of numbers, the demarcation business was not as simple. The Chittagong Track Hills had Buddhists in large numbers, the district of Dinajpur also had an almost equally divided Hindu and Muslim population.  Chittagong Track Hills

However, the division was not so much on the basis of a religion or Radcliff’s pencil. The Hindu Congress, which anyways had too many contradictions within themselves, were happy as they would have a Hindu homeland to run. The Muslim leadership was looking at what best they could gain from the Partition, particularly from the viewpoint of commerce. For example, the jute growing areas were in the Muslim dominated areas, while the jute factories were in the Hindu dominated areas. In order to meet the impractical short deadline set forth by an irresponsible Lord Mountbatten, there were too many fumbles. Too many selfish decisions. As Joya Chatterjee writes in her monumental work, The Spoils of Partition, “…the people of Bengal and Punjab were mere pawns in the endgames of the empire.”

To illustrate matters, one should take a look at Rajkahini, a film released in 2015, where the ridiculous has been driven to the extreme with a brothel falling on the border, diving the building into two! In reality, this is what happened. Even typewriters and files were divided!! The Brits’ reasonings and implementations of the reasonings had moved from the ridiculous to the sublime when they decreed that the Bengal Assembly was to split into two parts – one representing the districts with a Muslim majority, the other with the Hindu majority. However, in the vote, the Hindu legislatures voted for a Hindu Bengal, while the Muslims voted for a united Bengal!

At this stage, we must bring into play three key players: Fazlul Haque, H S Suhrawardy and Khawaja Nazimuddin.

The Hindu led politics in the Bengal Congress had been mired in all kinds of factionalism since the death of C R Das in 1926, with power groups changing hands and the influence of Gandhiji on the wane, added further to the exit of Subhas Bose from India and at the time of the divide, there were four key Hindu players: Shamya Prasad Mukherjee of the Hindu Mahasabha, Sarat Chandra Bose of the Forward Bloc-Congress, Kiran Shanker Roy and Dr. B C Roy of the Congress.

It would be interesting to recount their political career, but from various accounts one point is clear, despite all of them representing a religion, none of them could be dubbed communal!

In mid-1947, when the Partition process was afoot, Sarat Bose had joined up with Suhrawardi and worked for a United Bengal till the very end. The United Bengal idea was to have a separate sovereign, independent of India, and to be formed Pakistan. Kiran Shankar Roy also supported the United Bengal theory, but was overruled by the Congress. He went on to head the Congress Party in the East Bengal assembly, but returned to Kolkata in 1948.

Dr. B C Roy kept up his equation as a good doctor with Muslim leaders like Fazlul Haque, Jinnah, and Suhrawardy, did not agree with many of the Congress decisions, and was also opposed to the Partition. He came back to action as the Chief Minister of West Bengal in 1948 and when Kiran Shankar Roy returned to India, he made him the Home Minister.

Only Shamya Prasad Mukherjee gave the call for Partition and even went on to join Nehru’s first cabinet as the Industries Minister and even suggested that the Hindu Mahasabha be disbanded. Much of the story changed in 1971, when East Pakistan freed themselves and became Bangladesh.

Acknowledgement: The Spoils of Partition (Joya Chatterji) and Bengal: The Unmaking of a Nation 1905 – 1971 ( Nitish Sengupta)