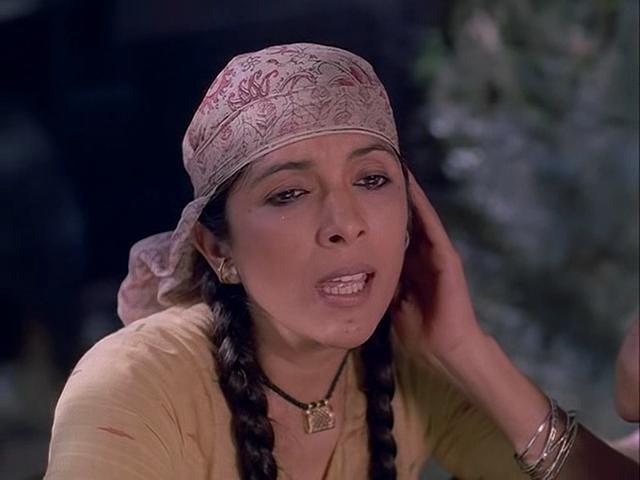 Manik Mulla (Rajit Kapur), a Railways Mail employee, is a natural storyteller. He sits at home and he spins yarns for his gang of eager friends, speaking to them about stories of love, of morals, or endings and new beginnings. And these stories are all from his personal box of characters that he has interacted with, grown up around and how each one of these characters have their own place in the social-economic milieu of Mulla’s otherwise humdrum youth.

Starting with a very minor discussion on Sarat Chandra Chattopadhaya’s Devdas, Manik Mulla decides to show his friends another side of lost love – or lost loves, rather, and how the protagonist chooses to deal with each of these situations. And thus begin the metaphorical journey of the seven horses that pull the Sun’s mythological chariot, each horse signifying a different temporal identity and reality. The first story is of Jamuna (Rajeshwari Sachdev), the girl-next-door, who grew up around a school-going Manik Mulla and who relied on him as her confidante and agony aunt. Jamuna was in love with the other boy next door, Tanna (Riju Bajaj), a boy with a heart of gold and an overbearing, evil father (Amrish Puri). Tanna loved Jamuna, but he can do nothing about it because he doesn’t have the moral fibre and the moral courage to stand up to his father. Even as Jamuna issues ultimatum after ultimatum, a hapless Tanna just looks on with his puppy eyes, bereft of any sort of spine. And eventually, Jamuna gives up, marries a man older than her father – though a rich, landed gentry – and moves away. Only her heart still pines for Tanna, even as she wants to get a head start with a family of her own, if for nothing else but to tell-off Tanna and show him what he missed out on.

Jamuna is the middle-class of society, one that is desperate to succeed at any cost, and yet one that is in constant conflict from within about the right and the wrong. Jamuna loves Manik Mulla, not as a lover, but as a little brother – even if she takes a few missteps with him, because she is a pious soul after all; but not when it comes to Tanna and her future. Jamuna is married and settled. So, what happens to poor old Tanna? His father is on the lookout for a suitable girl, and that is when he hears of Lalita, aka Lilly (Pallavi Joshi), who lives with her widowed mother (Ila Arun). Tanna’s father immediately considers killing two birds with one stone – get his son married off, and also establish himself as a suitable lover to Lilly’s widowed young mother. Only Lilly, a studious, well-read, erudite young girl is never too happy with the prospect of marriage. Because she was in love with someone else – a young Manik Mulla, who just stands idly by as she is married off to a robotic Tanna. Lilly comes to live with her in-laws, but no sooner does she get pregnant that she rushes off back home, vowing never to return to her husband. This life is not for her. She has greater dreams for herself and soon, for her baby. But she is not willing to carry any other baggage with her.

Years later, when Tanna is working as a Railways Mail clerk, he finds a widowed, yet happy Jamuna at the station he was working at one day, with her child and moments later, a distracted Tanna is mowed down by a passing train, losing both his legs. When he wakes up later at the hospital, next to a weeping Jamuna, the trauma of losing his legs turns out to be too much for him to bear and he passes away, even as his wife, Lilly arrives – and she ends up consoling a distraught Jamuna. Lilly seems half-relieved at the way things had turned out, Jamuna is broken from deep within. And thus, end these two stories. And yet, the most tragic tale is that of Satti, the poor girl who sold soaps. Satti had been adopted by an old limbless soldier, Chaman Thakur (Lalit Mohan Tiwari), who had found the months’ old baby lying orphaned from one of the wars he had fought in. And since then he had raised her as his own niece. Only, she wasn’t all flesh and blood, and when Tanna’s father, the evil Mahesar Dalal, starts manipulating his way into Satti’s life, Chaman Thakur could not give much of a damn. He’s more interested in the cash that Mahesar Dalal stuffs into his pockets, or the alcohol that he keeps offering him instead. Satti, the poor and destitute Satti, is clearly the bravest of all three women. She befriends a young, school-going Manik Mulla out of sheer innocence and she hopes to have a perfect life sometime in the future. But Mahesar Dalal is adamant that Satti has to be his. And however much she waves her knife in his face, however much she tries to break away from her Uncle and the evil Mahesar’s clutches, society will not allow her to do so. Right till the time Satti is believed to have been killed by these two societal villains. And even then, when a distraught Satti turns up at the Mulla residence for help, they do exactly the opposite of what they should have done to save that innocent soul. Because the middle-class doesn’t get into the affairs of the poor.

Three women, and one Manik Mulla, the modern-day Devdas, losing in love and not giving a damn about it at the end. All they are from him are stories from the past, while he waits for a future that he is still to witness, to taste, to imbibe. And that is the seventh horse of the Sun’s mythical chariot, the seventh horse that characterises the future. Because while the Sun may have set over and over again, it will still rise tomorrow, bringing with him stories from the past – like it did in Tanna’s case, crushing him, killing him; and while it does again for Manik Mulla in a metaphysical, surreal climax – only, what does it do to him?

Was Devdas cursed in love? Was Manik Mulla?

One of Shyam Benegal’s many magical masterpieces, Suraj Ka Satvan Ghoda is a nuanced performance in the age-old art of storytelling. Rajit Kapur in his very first performance for the screen is absolutely effortless in his portrayal of the mystical, layered Manik Mulla, while an ensemble cast of supporting actors make this film a deft spectacle of acting genius. Amrish Puri, notably the biggest ‘star’ in this movie lights up every frame that he is a part of, with pure villainous evil dripping maniacally from his every expression, his every action. The women characters, who really end up having the author-backed role are played with finesse by the three leading ladies, all fantastic actors with a large bevy of magnificent roles till date. And special mention needs to be made of Vanraj Bhatia’s signature tune that keeps playing in your head long after the eerie climax robs a part of your soul. Yes, so intense is the art of storytelling in this movie that a part of you will forever remain with the characters of this movie – and I don’t think I could ever commit a better summation than that for a movie so pristinely enigmatic, so magically enchanting.