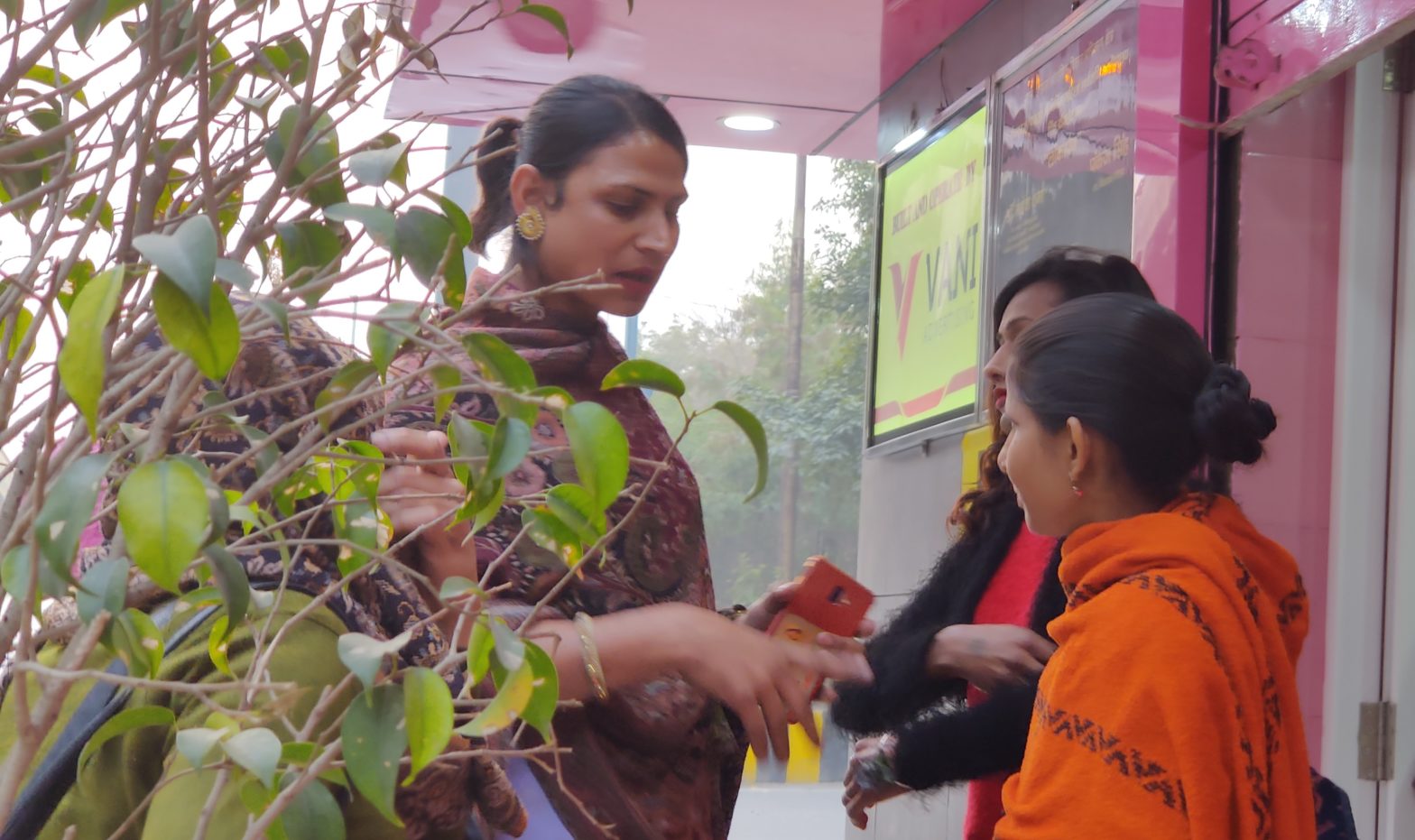 Although implicitly protected by the Constitution, transgender persons continue to face daily struggles in achieving socio-economic parity with the rest of the society. I explore the many failings of the Bill in this series of blog posts. Its attempt to provide legal protection is poor, and one that potentially destroys the traditional and historic ideas of Indian trans lives. In today’s blog, I explore the importance of the social organization of the community and economic adaptations based on their marginalization using Serena Nanda’s ethnographic work on hijra identity (1999). The negation of these identities in the Bill reflects a poor understanding of the indigenous constructs of transness, while simultaneously propagating a liberal outlook based on the individualization of the trans identity. Picture Taken in Front of a Pink Toilet in Noida as Part of a Workshop Held By SAATHII.

Chapter 1, Clause 2(c) of the Bill defines ‘family’ as ‘a group of people related by blood or marriage or by adoption made in accordance with law’. This is in stark contrast to Hijra households which offer different ideas of kinship, although they resemble traditional family relations. Every new recruit must have a sponsor, who becomes her Guru (teacher) while the student becomes the Chela. The former trains the Chela in the ways of Hijra life and skills important for earning a living. Economic ties between the guru and chela can be exploitative for some. However, Nanda believes that this relationship, which foregrounds care obligations and respect for Guru, is not different from traditional Indian families. Some Hijras take on a ‘husband’, who supports them emotionally and financially. Moreover, the members of the household provide each other with social support that is not forthcoming from the outside world .

These values and organizational principles are paramount to the hijra identity. For hijras, being independent of the group means ‘social suicide’ (Nanda, 2019, p. 48). Traditional modes of livelihood like badhai (or mangti) are founded on such groups. Larger numbers shield them from harassment and increase their bargaining power. Such protection is valuable as Hijras are often harassed for money and/or sex work by the police and sometimes pimps (Patel, 2010). Conditions are more dire for hijras who are involved in sex work and/or without the group support. Since there appears to be a demand for sex with hijra, they have adapted to it in order to earn a living (Nanda, 2019, p. 53). However, they cannot dictate working conditions, hours or place, and thus can face abuse and harassment by state and non-state actors. They have limited decision-making in use of condoms, and thus are highly vulnerable to sexually transmitted diseases and AIDS.

Thus, the importance of a Hijra family cannot be overstated. They provide not only social support and economic security but also cultural meaning and link to the larger world. By not including these networks in the definition of family, the Bill fails to provide acknowledgement or protection to them. By focusing solely on preventing discrimination at a formal workplace, the state hierarchizes different kinds of labor and places the formal market over the informal one. I explore these issues in the next blog.

Note: I use the word hijra here to refer to the Indian transgender persons for the sake of brevity. In reality, there are numerous trans-identities that find basis on physical, socio-economic and sometimes, religious grounds.