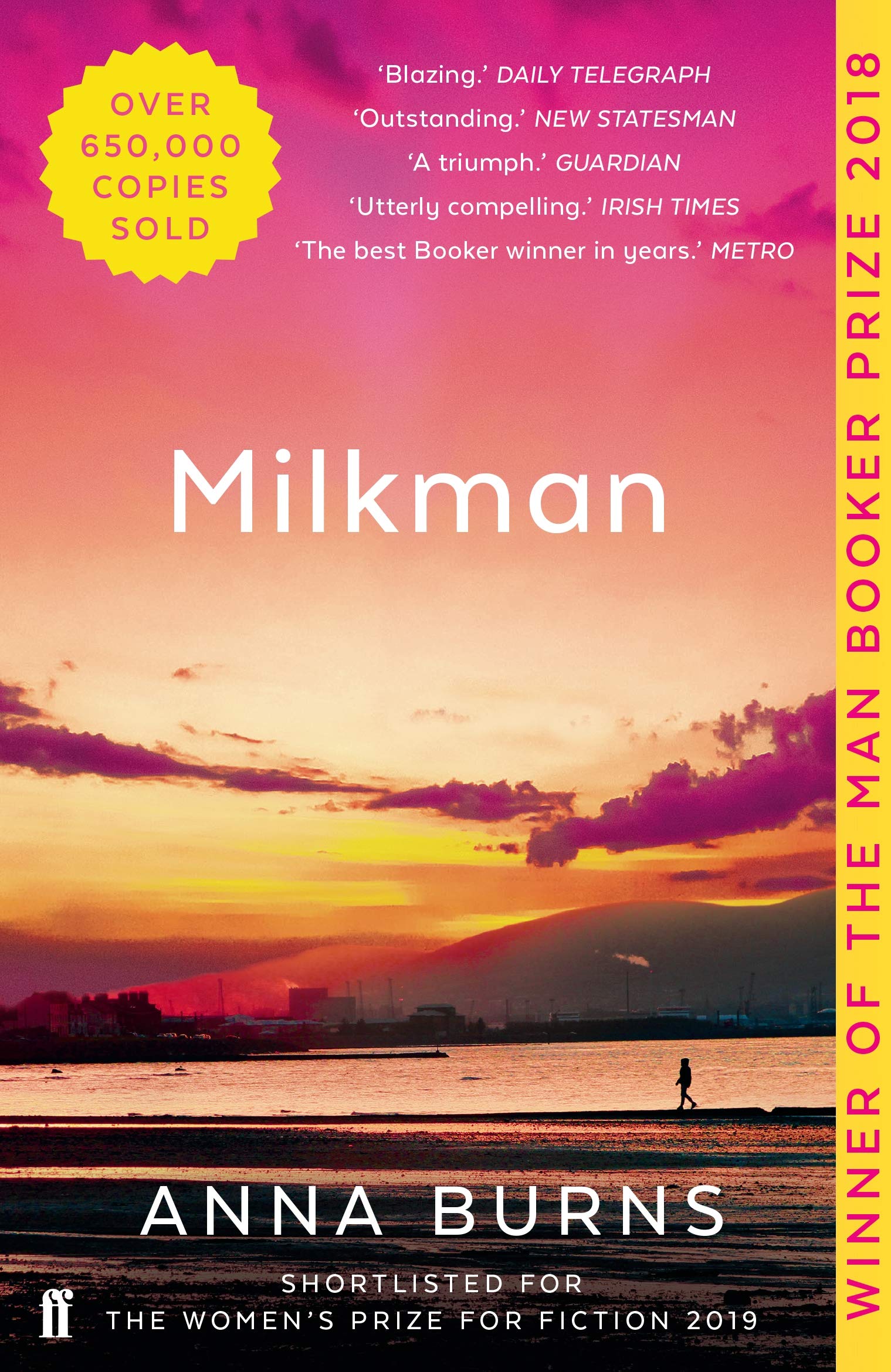 Milkman by Anna Burns is an enchanting read – the one which you would like to devour in a ‘may-be-the -most-favourite’ way, because that’s what she narrates. No names, only relations and maybe that is how we perceive others, why use names when we can just say – father, mother, sister, middle sister (the auther), wee sisters, older sister, second sister, sister in law’s husband, mother’s pious friends, ex-pious women (after an incident that extracted their piousness), neighbour, maybe-boyfriend, the real Milkman and Milkman.

Did you just think, he was called a Milkman because he sold milk, or had something to do in the business of selling milk, then think again.

‘Farfethed. Weird.Silly even. To have the name Milkman.’But when you think about it, why was that weird? Butcher’s name. Sexton’s name. So is weaver, Hunter, Roper, Cleaver, Player, Mason, Thatcher, Carver, Wheeler, Planter, Trapper, Teller, Doolittle, Pope and Nunn…………………Alarmists, meanwhile, continued to debate over the provenance of the Milkman name. Was it one of ours? One of theirs? Should it be allowed? Banned? Binned? Laughed at? Discounted?”

And this is how Anna Burns scrutinizes the existence of a name that presents itself without any credence and goes through several stages of examinations before making it to the popular culture (referring to what was pushed by the majority of people), as we don’t have any regards for the minority and tag them with labels like a rebel, disgusting creatures, terrorists, pathetic, inhuman and dirty. It becomes fashionable to outcast them and their culture.

Likewise, we reject the practices that only a handful of them follow – how the society called out the middle sister, just because she loved reading while walking. She would indulge in binge-reading to compartmentalize her mind from the chaotic aura (19th century only – the 20th century doesn’t suit her).

The story is set in an unnamed place, the society is divided into two groups widely, the ones who have occupied the place and the ones who are resisting it. The third category doesn’t have a name but people who are surviving for the sake of it, and in the pretext of surviving, they have resorted to gossip, interference into each other’s personal life, and incitement of mental violence. However, the third group had the power to outcast those who were resisting, no place for renouncers – how could they show some guts when they were not supposed to have any.

The middle sister becomes a target of the gossip mongers, how we swear on ‘there is no fire without smoke’ but what if the fire is an illusion. A paramilitary figure, much older than her stalks the middle sister and before she could blink an eye or even react to what was happening to her, all she knew was to be accused of having an affair with an older married man.

“Having been brought up in a hair-trigger society where the ground rules were – if no physically violent touch was being laid upon you, and no outright verbal insults were being levelled at you, and no taunting looks in the vicinity either, then nothing was happening, then how could you be under attack by something that wasn’t there?”

The creepy Milkman doesn’t even touch her once, but break her down mentally bit by bit, eating her confidence like a termite. With each encounter, she would succumb to fear, and eventually the ultimatum to kill maybe-boyfriend if she continues to see him, took every ounce of courage from her system. Over everything else, she was too drained to defend herself in front of her mother, who would undoubtedly believe that her middle daughter is having an affair with the Milkman, as conveyed by the pious women of the society.

The narration by Anna Burns is simply her chain of thoughts where the reader digs deeper into a labyrinth of patriarchy, tribalism, terror, distrust and permanent fear. We have had many stories on the beastly deeds by humans when faced with fear, Anna’s narration introduces you to this cacophony of fear that crushes your soul with everything that seems like a piece of joy on others’ platter.

Burns makes it possible to infer that Milkman is set in Northern Ireland around the troublesome times, without mentioning it explicitly. This story makes you take a closer view of a community without trust; where acts of violence are neither acknowledged nor avenged, where hospitals are a place where one cannot go even if that means death and policemen are to be called only if they are to be shot. The novel identifies the collective behavioural changes when a community has to survive under constant fear, not only individuality is killed but the dark side takes over the human qualities. Although, the ending does leaves us with a hope that some actions may save us from doomsday.