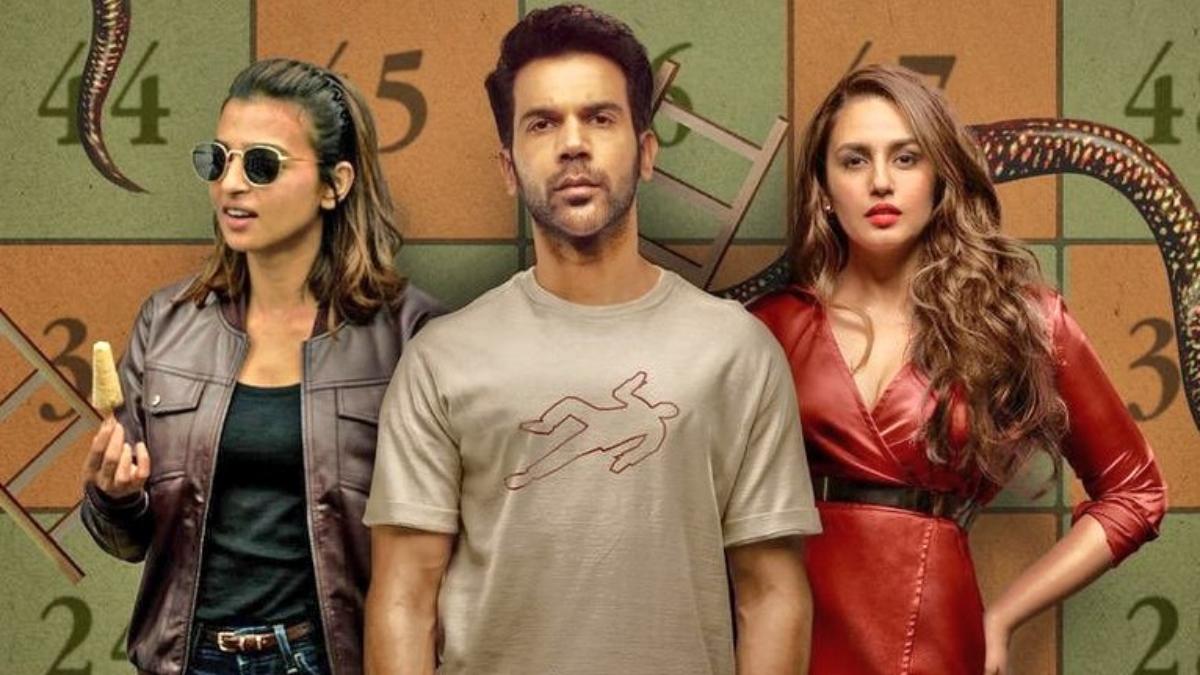 The film  ‘Monica O My Darling’ executes the same idea and places the theme music amidst the anarchy that settles in the whole plot.  This is the scene where Rajkumar Rao (Johnny) is following the instructions to murder the common blackmailer, Huma Qureshi (Monica Machado). He boards a train, as discussed with his co-plotters, to aid in the dispersal of the corpse. In this relay race while we are constantly listening to the notes of “Monica O My Darling” in high and low pitches, Rao encounters a broken car on his way to the destination, and to add to the glory of the murderer/plotter, the woman inside the car was also listening to the same song, “Monica O My Darling”.  The music that began as an ode to old Hindi cinema was being played conspicuously; and in this particular scene, the background music makes an organic shift becoming a part of the characters on screen.  Just like how we listen to music via the radio or the internet, but we never know the song that plays itself with the unexpected rhythms of our lives – that too, just organically!