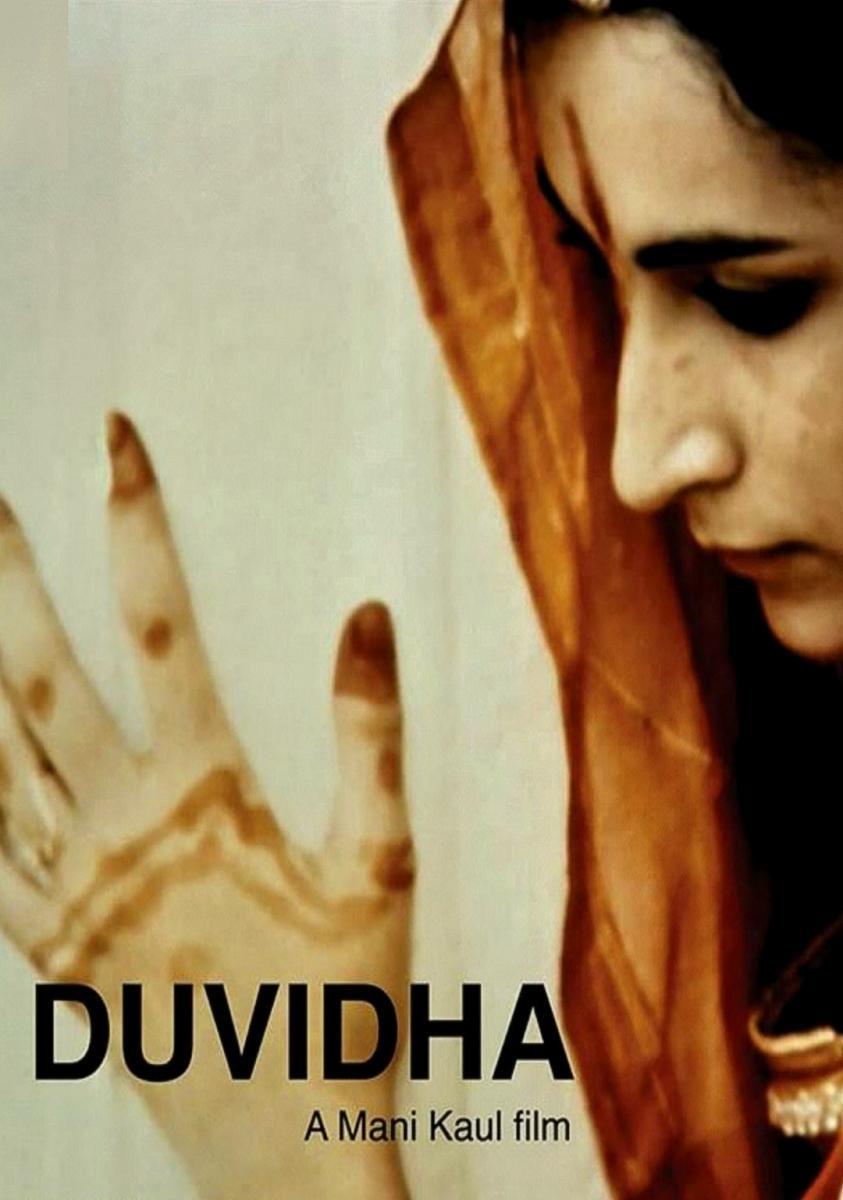 How far would you go to be with the one you love? To death and beyond? Perhaps.

Master filmmaker, Mani Kaul, took an old folk tale and brought it alive on celluloid with Duvidha. And that was just one part of the entire discussion – the story. A newly-wed young couple make their way back home, only the journey is bitter-sweet for the bride. Her mercantile husband will have to leave immediately again to attend to a new business in the big city and from the looks of it, he won’t be returning in another 5 years. His wife will remain at home for the entire 5 years, alone, miserable, heart-broken – the price one needs to pay for having married into a family of this stature.
But things aren’t quite as they seem, because life, ironically, sometimes works in mysterious ways. On their way back home post their marriage, the bride is spotted by a ghost who lives in an old banyan tree, a ghost who takes one look at the bride and falls hopelessly in love with her. And right then, right there, he makes up his mind to do whatever it takes to find his way into the life and heart of this pretty, young thing. He has to, his unearthly spirit cannot have it any other way. And no sooner does the husband start making his way to the big town to start his new adventure in a new business, the ghost assumes the appearance of the husband and rushes back to his house, fooling the villagers, the parents and everyone who knows him – that it is him, the new husband who has returned.
But to the bride, his love, his life, he reveals the truth. He tells her exactly who he is, why he’s here and what his intentions are. He admits that he could have gotten his way with her without uttering a single word of the truth, but his love for her compels him to speak a certain way – the language of truth. She accepts him and thus begins five glorious years for the young bride, content in her love, her life, her marriage. Naturally, a story of mistaken identities usually culminates, in the same way, every time. There is a face-off and one emerges victorious over the other. One will need to watch Duvidha to see how that works out in this instance.

But that is not the only reason why one needs to watch this movie. And I cannot emphasize on the word “watch” hard enough. Because this is a movie that needs to be seen, visually, every frame needs to be inhaled and festered and ravaged – every scene is a visual poetry in motion and just like the ghost who fell in love with the bride, love here is pretty much at first glance – from the impeccable credit titles, made in the form of indigenous merchant account books. Every frame breathes in a phantasmagorical mystique of colour, of hues and saturation and of magic.

And once the movie begins, every frame is a picture postcard of a brutally harsh Rajasthani horizon, a place where you can only get loved by a ghost, one of intrigue and the sultry realisations of life’s priorities, and yet, a horizon of hope and happy endings in a time fleeting by. The brilliant intermingling of a still and video montage that defines the entire visual process of this movie is absolutely mesmerising and intriguing. I have seldom seen such rich brilliance when storytelling against so stark a backdrop. Duvidha can be watched alone for the visual spectacle that it is – and I say that taking nothing from the storytelling as a whole.

Available on mubi.com, Duvidha is one of Mani Kaul’s finest, it is one of world cinema’s most bold and beautiful attempts to tell a story – a story of unrequited love, of love found and lost, of redemption and most importantly, the brilliance of one’s craft.