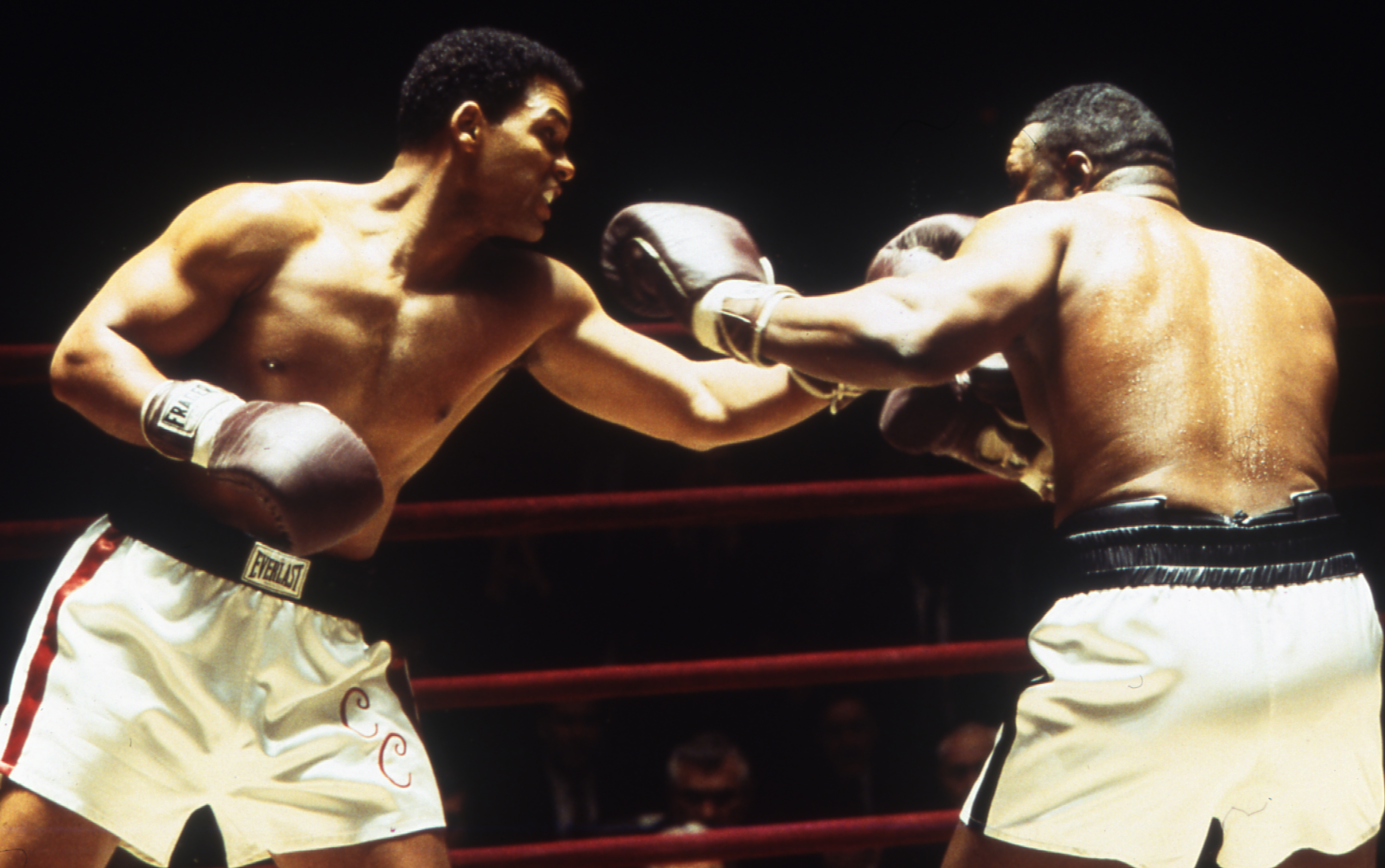 There is something about this man. No kid can perhaps ever say that they did not grow up swearing his name. Muhammad Ali has been a legend in his time, beyond his time and he shall continue to be so from even beyond his grave. He is a legend killer who became a legend by killing legends. He had faced obstacles, within the ring and without. And he will continue to inspire the famous Adidas line, “Impossible is Nothing”. A never-say-die spirit, he showed the world that it was only over when he said it was over.

Michael Mann has not just made movies over the years, he had made long lasting impressions on viewers, long after the final roll has snagged the projector. Be it the stellar Heat starring Al Pacino and Robert De Niro together for the first time (not in the way of Godfather II) or even the sheer genius of The Insider, starring Russell Crowe and Al Pacino, his movies have captured moments and played them on to greater magnificence. And finally, he made a movie called Ali, a tribute to the fighting spirit of the legendary boxer. And he wanted Will Smith to play the part. Will Smith declined, feeling perhaps that he would be inadequate to step into the dancing shoes of the legend. But then, Will Smith later declared that he got a call from Muhammad Ali himself, asking him to portray him in the movie and no one, and I repeat, no one turns down the Master. And Will Smith became Muhammad Ali.

Now credit goes to whom or what, I do not know. But the transformation of Will Smith into Muhammad Ali, right through the entire movie was indeed extraordinary. Smith instilled in himself a very unique panache, something that I have never seen in him. It was no longer him battling aliens, or robots, or any of that jazz — it was Will Smith turning into an actor’s actor and into a boxer’s boxer.

True, it was a Michael Mann movie and nothing needs to be taken away from that fact. The very solid screenplay, the masterly camerawork, the mind-boggling music, everything just brought the movie together. Ali was a movie you could feel as being made from the heart. It was lacking nowhere, it was magnanimous all around. Even the boxing sequences used real boxers against Smith and he took all those blows on himself, which is evident from the fact that the camera does not cut away from the shots. All Michael Mann asked the boxers was to just not knock Smith out. A small ask for a big role.

The script also wove in Muhammad Ali’s most famous lines:

“It wasn’t no Viet Cong who called me a nigger.”

The rage of a man, the pure sterile determination, the massive power, the toothy ambition — everything came alive on screen, as if it were a mere documentary on the great man. Muhammad Ali had taught the world how not to back down, how to fight and live on your own terms, and how to come back, even from the worst falls in your life.

Now, thanks to Michael Mann and Will Smith, a whole new generation, who haven’t seen Ali fight in the flesh (barring on Youtube) can live and breathe the sensation, know more about him, see him claw his way back into his own life…and they too will know what it meant to “fly like a butterfly, sting like a bee.”

There are some movies that need no argument, no debate, no lengthy prose — they just need to be seen to be felt. Sure, the movie does slip in and out of the usual Hollywood tropes that are perhaps necessary to some point to gain admittance into the annuls of history via awards and other such felicitations — not to mention, we need to see the movie in the time that it was made in. But the story of the man himself is so compelling, it is also equally easy to overlook these minor affectations when compared to the larger picture. I, for one, did.

Just know that there are some stories that need to be heard, to be seen to be felt.

Ali works on both counts.