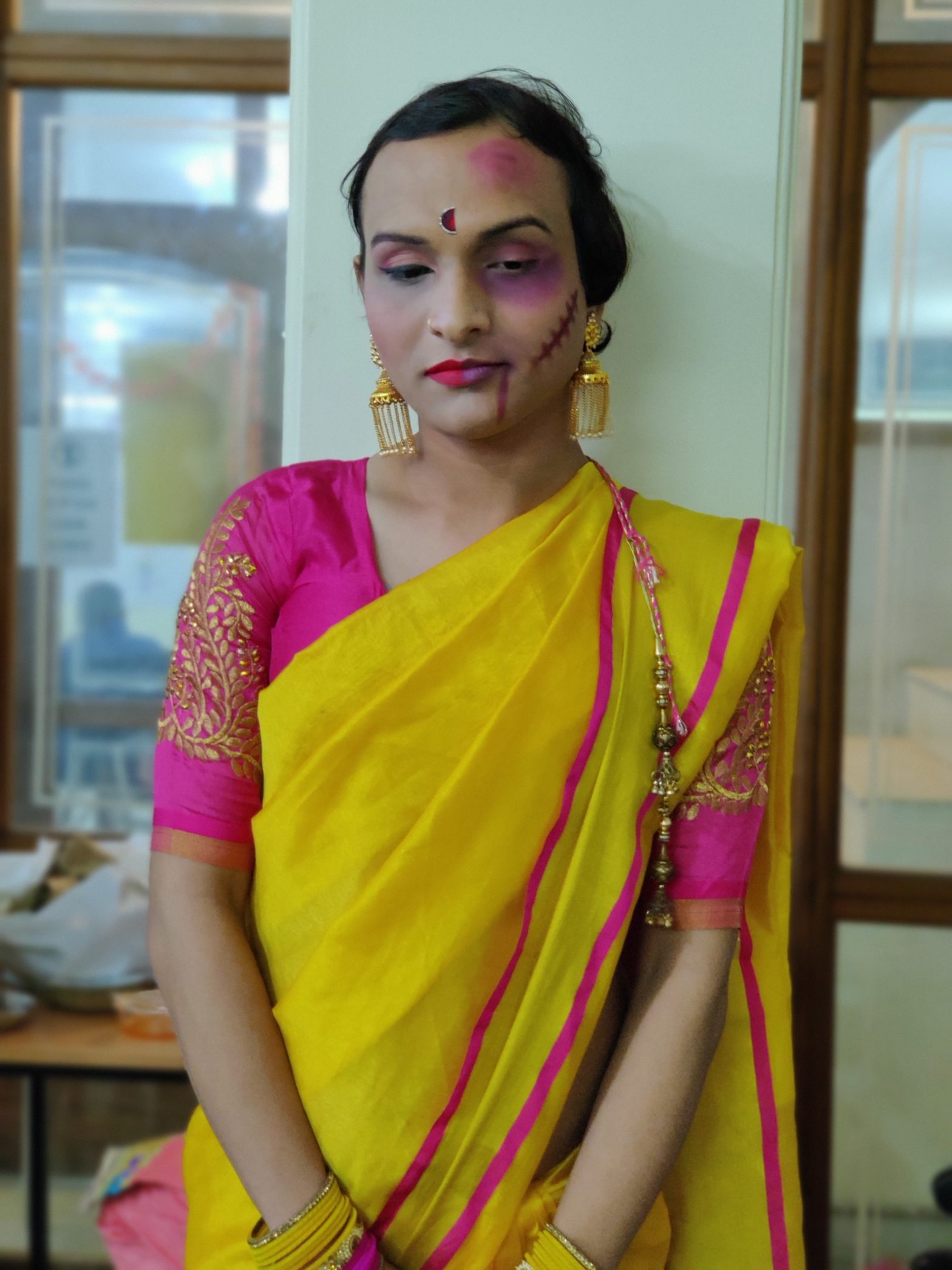 Solidarity and Action Against The HIV Infection in India (SAATHII), an NGO working to increase access to stigma-free rights through community support, hosted a workshop titled ‘Re-framing Stigma’ in New Delhi from January 22 to January 24th, 2020.

Project Stigma sponsored by Birkbeck University and Wellcome Trust invited visual conversations between people living with HIV, activists, researchers, health workers and artists in 5 global cities – Brighton, Delhi, Havana, Nairobi and New York. These are all cities that have been designated as Fast-Track Cities by UNAIDS. These cities are chosen as new initiatives to end HIV stigma are taking place.

Art Pickles co-opted to be a part of the workshop to experience the struggles of the LGBTQ community, in order to imbibe that in the art that was meant to showcase the day-to-day harassment by the society. It was indeed a learning experience for the team who spent three days with the LGBTQA community, travelled with them to various parts of the city, observed the reactions and on the final day, presented the understanding and expressions in three platforms:

Sujit narrated a story written from the perspective of putting himself in the shoes of the LGBTQA member. Anushree internalized and performed her experiences through non-verbal medium and  Subhojit conceptualised four posters depicting the same.

Here are the stories that we came across during the workshop. We can’t possibly put in words what was experienced, but the following stories will give you a glimpse into their everyday life.

“When they need us, we are treated like Gods.”

“There is a belief that transgenders have divine powers and often a person who has purchased a lottery ticket has come and touched our feet. Our blessings carry good luck.

“Take the case of the man who was unable to have a child. He came and invited us to their house. As we stepped in, they placed a thali (plate) full of water and we were told to wash our feet. The man’s wife wiped our feet with a towel. We were fed, and each one of us were paid ₹2100. Then the man told me to specially bless his wife so that she could turn fertile. They paid me separately for the “special” blessing.

“Three months later he called us to say that his wife was pregnant. In fact, she delivered twin boys. Even now they keep gifting me with expensive sarees. I have nine of them at home.”

The same goddess was thrown out of her job as a janitor at a reputed company, market leaders in aromatic mouth fresheners!

“We signify a black omen. We bode ill omen for society. For our families. My mother supports me, but her brothers have cut off all relationship with her. She is not invited to family gatherings.

“We are living kalanks. For our family. For our society. But society also has to take the blame for the stigma.” The Hindu pantheon has 33 million deities, many of whom are transgenders. In fact Lord Shiva, the ruling deity is worshipped in the form of ardanarishwara — a composite androgynous form of the Hindu deities, Shiva and Parvati. Ardhanarishvara is depicted as half-male and half-female, equally split down the middle. The right half is usually the male, Shiva, illustrating his traditional attributes.

Hindu mythology, the epics, Ramayana and Mahabharata, are full of stories centred around transgenders. When Lord Rama was assigned to 14 years of exile, the men, women and transgenders, out of affection for their king, decided to travel with him till Rama told them to go back to their homes. The men did. The women did. The transgenders did not. When Lord Rama returned to his kingdom after 14 years he found them waiting for him. On being asked as to why had they not gone home, they said, you asked the men to go back and they returned home, the women also went back. But you never instructed us.

During the Mahabharata war, the Pandavas had to get through a Kaurava formation, everyone knowing that it was suicidal. Arjuna’s son, Iravan, a bachelor, rose to the occasion to lead the Pandava Army; but considering he wasn’t expected to come back alive, he demanded that he be married off so that he could experience the pleasures of marriage before sacrificing his life. Since no woman would volunteer to be widowed the next day, it was Krishna, the God himself, who turned himself into a woman, Mohini. Iravan, or Aravan, is worshipped in various parts of South India and in South East Asia by transgenders, for whom attending the annual pilgrimage is like making a trip to Mecca, to the Vatican.

Despite such strong roots in the Hindu system, Ramkeli and her friends are still a subject of mock and ridicule in society.

“The security staff either dig their fingers hard into our body, or some touch us gingerly. The passengers shun our presence. Many do not want to sit next to us in public transport. We are looked upon as people who only take from society.

“There are times we are ceremoniously given admission to colleges. It becomes a media event. The Principal of the college even offers tea at the time of the admission. Next day the gate keeper does not allow us to enter. We are transgenders, you see…”

The young lady student smoking in front of her college takes a long drag and gives an unsympathetic look at Pia. Maybe she was jealous of her looks. And the style that she carried with her.

“I was sitting for my examination. I had studied and this exam was important for me. But I was constantly harassed. By fellow examinees. By the authorities. The authorities kept coming to check my ID card. How strange! A transgender sitting for an academic examination??

“Shouldn’t we clap to show our anger? Show our disgust at society? To hell with you, damnit!!