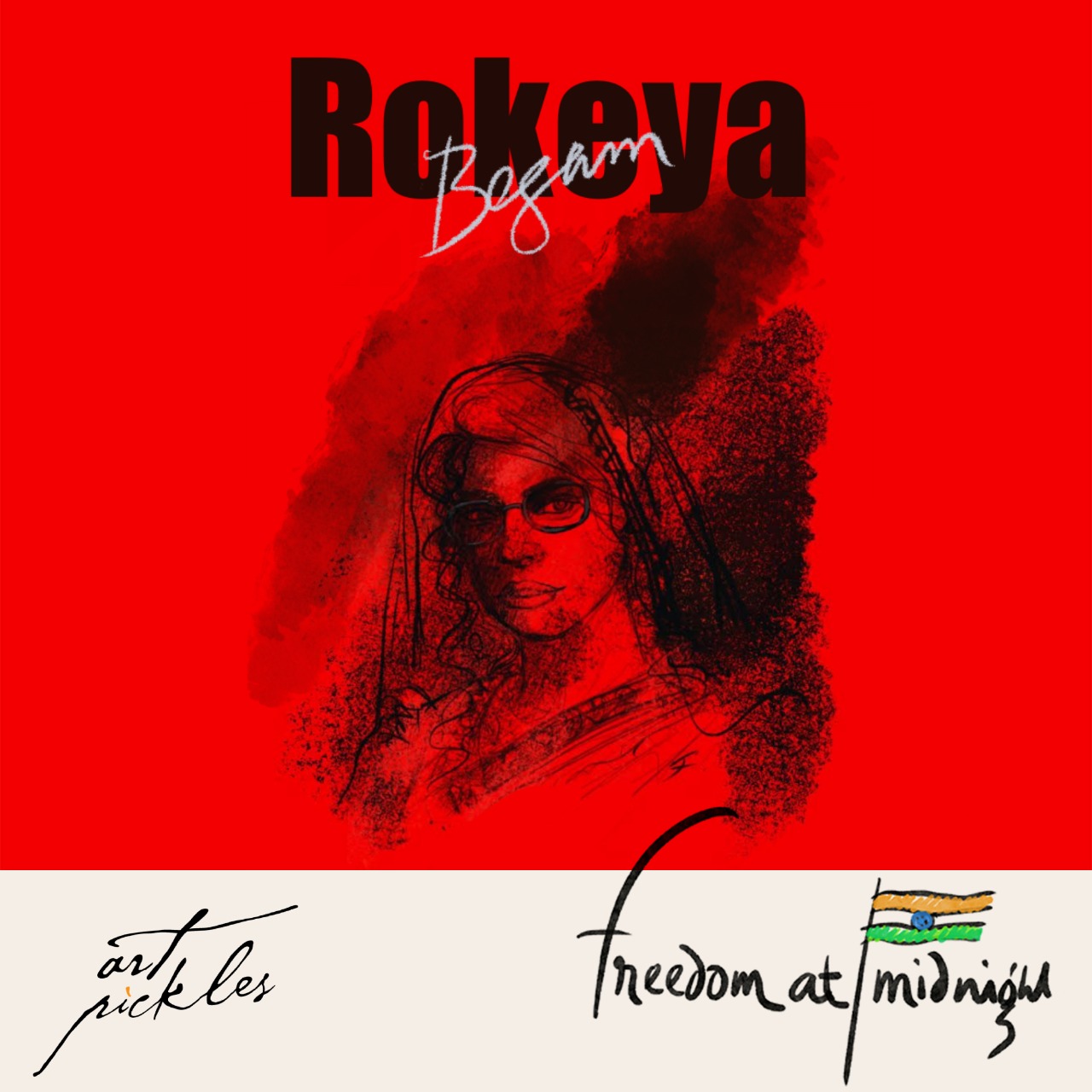 Women in Ladyland are powerful, they do as they wish and are not dependent on men for anything. We are talking about Sultana’s Dream by Rokeya Begum, the Bengali feminist thinker, writer, educator and political activist from British India.

In a world where the word “feminism” either has supporters or haters; Roqeya Begum wrote about equality, which is actually what ‘feminism’ stands for. When you analyse Sultana’s dream layer by layer, you will see that it is an imagination with different shades of hope, a world where women are no longer confined within the boundaries of their home. Here, Sultana is not the protagonist but the female equivalent of ‘Sultan’ (Emperor).  And it is ‘Ladyland’ (the name speaks for itself) beautiful, full of flowers, one can just fall in love with the place, but with a role reversal— here men are supposed to be indoors, just like women were supposed to be. So, the idea is, if women are to be protected from men⁠—then why cage women and not men. Let the beasts be prisoned. With this system, no crimes were reported and hence no need for the justice system. In Ladyland, women have come up with new inventions⁠—flying-cars and a way to direct Sun’s rays on the enemies to defeat them.

While the men were busy doing domestic chores, Begum provides us with an alternate possibility, and the dream sequence is not only a way of storytelling but is a hint that an ‘awakening’ is required, if we are to initiate social reforms in the society.

To sustain Begum’s idea of ‘feminism’ Rokoya also shows that eradicating or destroying men is not a solution. In ‘Sultana’s Dream’ the men become used to the subjugation they go through and give up all hopes of starting a revolution to get their position back in the society. This is what years of patriarchy has done to women.

Rokeya’s words clearly demonstrate how clear she was with her idea of liberty, which will materialise only if women wake up to the fact that they have the potential to change the world, coming out of their closets.

Sultana’s Dream is a landmark story written by the most beautiful mind of her time, Begum Rokeya Shekhawat, a strong critique of patriarchy. She grew up in a secluded strict environment, was denied formal education. Her brother Ibrahim secretly taught her English and Bengali. When she got married to Bahadur Sakhawat Hussain, being a liberal, he encouraged her to learn more, getting this opportunity, she turned her learnings into powerful tools of reforming the society. She began writing short stories, poems, essays, novels and soon evolved as the mother of women reforms in undivided Bengal. She propagated that women should be given equal opportunity for education and founded a girl’s school  Sakhawat Memorial Girls’ High School, which was later shifted to Kolkata. She faced a lot of criticism but went from one house to the other persuading the parents of the girls to send them to receive education…

What Rokeya did in the early 20th century, stills hold relevance. Where educating a girl child is still a struggle, the issues may have changed but the cause remains the same.

If we are still struggling with the same problems? Has the society moved forward?

If you don’t use the machines, they will rot, and so are the brains?

How long will it take for us to wake up and realise Rokeya’s dream? Join us to explore the idea of freedom on 14th August at 11pm.