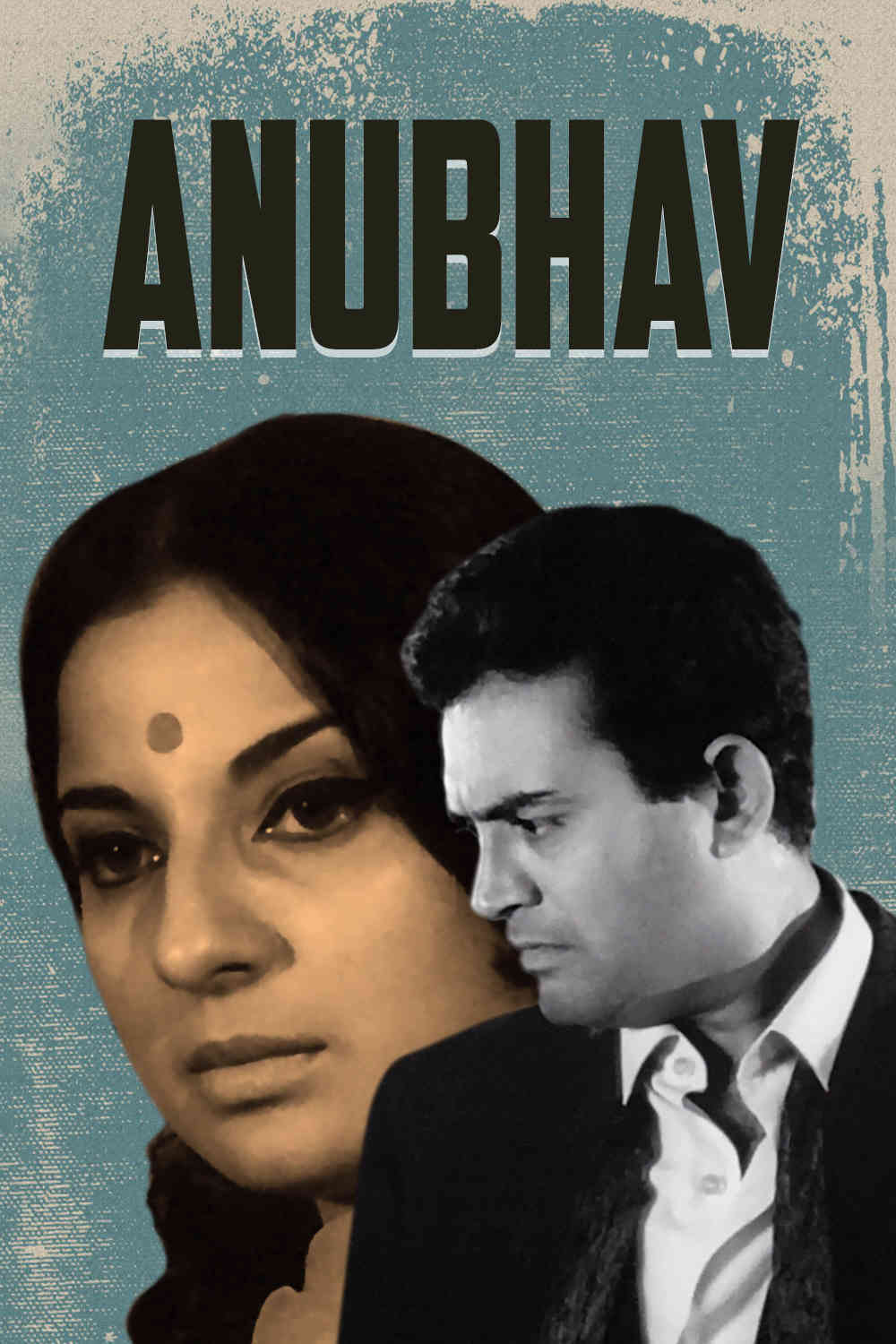 Even as the opening frames rolled out, giving us a glimpse of Marine Drive and everything grand that Bombay has to offer, the taste of urban modernity was ripe in the air. And the first dialogues are of an off-screen telephonic conversation, where two men discuss attending a party thrown by one of the city’s most prominent citizens, Mr Sen (Sanjeev Kumar), the editor-in-chief of one of the country’s leading dailies. The party is talked off as one of the most happening places to be in, and the who’s who of Bombay were all slotted to attend.

And right then and there, Anubhav throws you head-first into a plush environment of opulence and plenty, with a buzzing party where guests mingle and the wine flows freely. Liveried waiters and servants carry food in and out and one of the lady guests keeps alluding to her kid’s nanny not arriving on time and thus excuses her errant punctuality. It is the most prominent dialogue at the party, with several guests (including the host’s wife) charmed by the little boy’s cuteness. And yet the child’s mother keeps apologising for bringing him along, something that she herself admits to not doing at all – only if not for that errant nanny. And when the dust settles and the guests leave, the child is still fast asleep in the hosts’ bedroom and the mother, perhaps believing the child was still at home with his nanny, is blissfully unaware of the fact that her little cherub is no longer in her possession.

This is when the movie first breaks into the original plot – of Mrs. Sen (Tanuja), now bereft of a busy house and bustling guests, looking longingly at the little child fast asleep on her bed, a small, but genuine smile, creasing her lips at the sight of him. The phone does ring eventually, when the mother realises that her kid isn’t at home either, and she offers to have the kid picked up at once. Mrs. Sen tries to stall her to the next morning, wishing the child to sleep it off, but the mother insists – apparently, the nanny won’t be able to sleep at night without the kid.

And the plot thickens.

Mrs. Sen’s predicament isn’t made any better by the fact that Mr. Sen decides to spend the night in another room, running his pen through tomorrow’s headlines and editorials, sleeping in the other room out of consideration of not keeping his wife awake with the glowing light. But Mrs. Sen clearly isn’t pleased with her husband, tossing and turning through the majority of the night, sleeping uncomfortably in a large, comfortable bed.

The next morning, when Mr. Sen is hard at work at the presses, Mrs. Sen starts taking some decisions. She lets go off all the servants, barring Mr. Sen’s old hand (A K Hangal), as she confides in him her intentions of turning this lavish palace into a home, of having children of her own. The old servant immediately offers to leave himself to make this dream of hers come true, but he is obviously asked to stay on. He does, affectionately changing Mrs. Sen’s moniker from ‘madam’ to ‘daughter-in-law’. A stunned Mr. Sen returns home to find his home empty, stunned right from the time he sees his wife open the door for him herself. After his initial shock subsides – even more so with his old help using his new name for the mistress of the house – he too comes on board with his wife’s new ambitions, of being a homemaker, a wife. And thus begins a glorious new chapter in their lives.

Till one day, when she’s running about doing the odd chores at home, when the telephone rings – and the voice on the other hand is someone that Mrs. Sen knows, rather too well. It’s an old flame, someone who she had a close bond to, someone she perhaps dreamt of a future with, someone who perhaps still holds something in his heart for her – and he insists on coming over to see her, to talk to her.

And not only does he come home, he finds a way to get a job at a leading daily, too – the same one where the editor-in-chief is a certain Mr. Sen. And oblivious of this new entrant’s connection with his wife, Mr. Sen starts growing more and more fond of his new recruit, who keeps making him proud with exceptional pieces and articles, someone who makes his newspaper stand out amongst the competition.

Will Mr. Sen find out? Will Mrs. Sen’s dreams be squashed once again? Will her old flame stake his claim on her heart once more? Does she even love him still? Will Mr. Sen still love his wife?

A truly modern tale, one told splendidly by a fantastic script and brought to life on the shoulders of some of the finest actors of Hindi cinema. Sanjeev Kumar is rock solid as the enigmatic Mr. Sen, while Tanuja is a living beauty that keeps your eyes glued to the screen by the sheer power of her performance. Dinesh Thakur as the ex-flame, Shashi, also adds tremendous punch to an already stellar powerhouse of performances, while A K Hangal brings up the rear. The performances in this movie is what makes it stand out over and above the fascinating and gripping story.

The music by Kanu Roy is sublime, with one of Hindi cinema’s most iconic songs sung by Geeta Dutt lighting up the sights and senses as the film rolls on.

Anubhav as a movie is just that – an experience. Experience it.