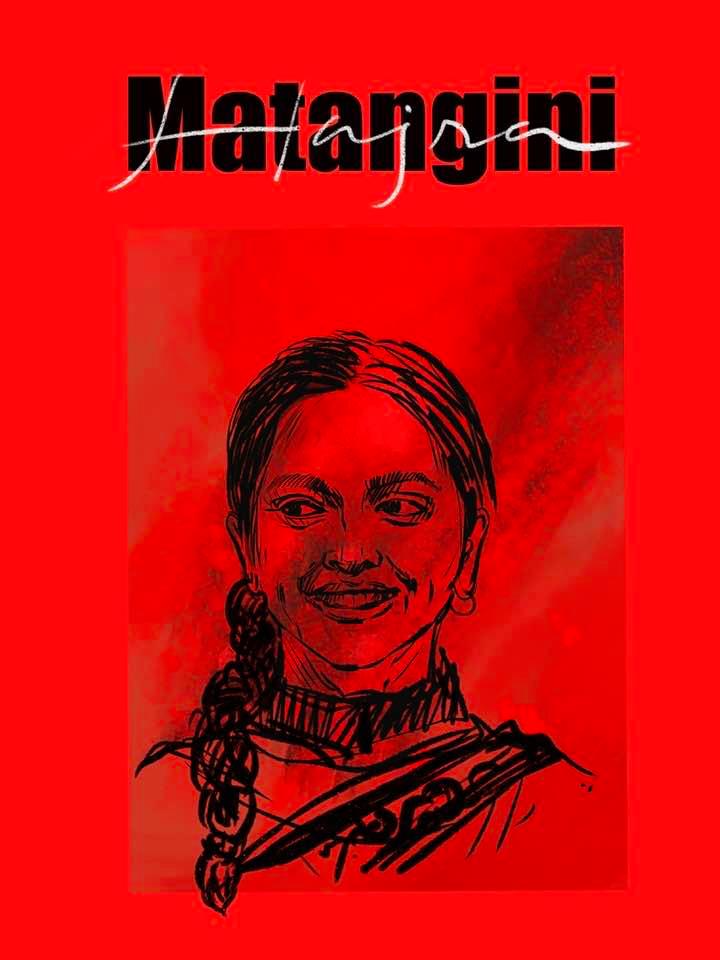 Born in a village near Tamluk, in 1869, Matangini Hazra was the daughter of a poor farmer and naturally could not afford formal education. She was married off at the age of 12 to a 60-year-old man and by the time she was 18, Matangini Hazra was widowed, without any children.

The country was going through a number of changes since the early 1900s, as the Nationalist movement started gaining momentum after Gandhi’s arrival in India.  Matangini Hazra was inspired by Gandhiji ‘s call for freedom and devoted herself to Gandhiji’s path, while the local people lovingly gave her the title of “Gandhi buri”.

In 1933, a freedom march was held in the district capital, Tamluk, as people marched to the Governor’s House. The Governor, however, watched the proceedings from the safety of his balcony as if he was watching some local festival. Matangini was leading the march, holding the freedom movement’s flag high. Once they reached the front of the balcony, she suddenly broke through the bayoneted cordon, brandishing her banner, and screamed, “Go back, lat sahib” before the stunned soldiers could take her down.

That afternoon, Hazra was assaulted by the British police and was badly injured. She was arrested and sentenced to six months of hard labour, an incident that physically affected the old lady. After her release, despite her physical state, she started working amongst the untouchables.

In 1930, at the age of 61, she was arrested for taking part in the Civil Disobedience Movement in 1930 and the Salt March—all of which led to short stunts in prison She became an active member of the Indian National Congress and started spinning her own khadi following Gandhi’s footsteps.  In 1933, she reached Srirampur to attend a Congress conference and was injured in the ensuing baton charge by the police. Later that year, the then Governor of Bengal, Sir John Anderson, visited Tamluk to address a well-screened gathering, but in Spite of the tight security,  Matangini Hazra staged a black flag demonstration in front of the dais.

Her involvement with the freedom struggle intensified during the Quit India Movement launched by Gandhi in August 1942. As a part of the Quit India movement, the local office of the Indian National Congress decided to take over the controls of the government offices and police stations. They planned a procession and 73-year-old Matangini Hazra, despite being refused the first time,  was allowed to lead the procession of six thousand supporters, mostly women volunteers. When the procession reached the outskirts of the town, they were ordered to disband under Section 144 of the Indian Penal Code by the police. However, as she stepped forward, Matangini Hazra was repeatedly shot, while she kept chanting Vande Mataram. Apparently, she had stepped forward and was appealing to the police not to shoot at the crowd.

That day we lost the pious soul who fought for the freedom of her countrymen, but she held the Indian National Flag high and met death with courage and hope in her eyes.

In 1977, was honoured with a statue, the first of a woman revolutionary in Kolkata Maidan. Across Bengal, several schools and streets have been named after Hazra, including the long stretch of Hazra Road in Kolkata. At her birthplace at Hogla village, a commemorative cottage was established in her memory.  In 2015, the Shahid Matangini Hazra Government College for Women was established in Tamluk, East Medinipur.

In 2002, India Post issued a series of commemorative stamps on the 60th anniversary of the Quit India Movement, a Rs 5 stamp featuring Matangini Hazra’s portrait., after the district’s most well-known revolutionary figure.

The English conquest of Odisha brought only plight

One must walk through the lanes of the dead to und

Words - they reach your soul and slice it bit by b

Shyam Benegal's Mandi is a bold black comedy with

Throughout history, Persian has enjoyed a dignifie

Akira Kurosawa’s film adaptations made him one o