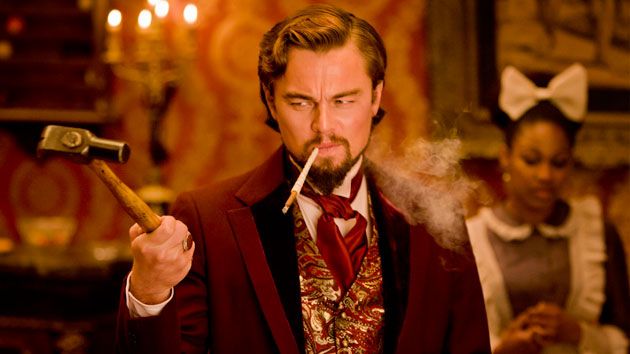 It was long, long overdue. Anyone who’d be a fan of the master, neigh, a follower of the master, would agree with me on this. First, he took it merely as a style and applied it to contrasting themes with remarkable ease. Quite like, “How did we miss it already?” But then this time he could apply the style to his homogenous content. And while that does sound easier, I’m sure the stress is a lot more to emphasise clearly enough.

But first, the context. Django Unchained was a long-overdue masterpiece from the re-discoverer of the spaghetti western genre. Quentin Tarantino, since Reservoir Dogs, had utilised Sergio Leone’s fashion statement to create amazing visuals and stylised moments — be it the accidental car shooting in Pulp Fiction, Robert De Niro shooting Bridget Fonda in Jackie Brown, or even Diane Kruger’s death by strangulation in Inglorious Basterds. However, what Tarantino was still to do was a western, where he’d need to match the spectacle of Leone, in Leone’s own backyard. Couple that with Tarantino’s Blaxploitation themes, almost like a white man’s internalisation of his black social definition, a western-based on slavery seemed only too good to be true. It was like offering the entire palette of Quentin Tarantino up for grabs. Yes, Django Unchained was bound to be a thriller.

And it did not disappoint, it did better than even my highest expectations. After a long, long time, we once again saw classic Tarantino moments, vintage Morricone, Tarantino’s own style, characters of courage and magnificence, and of course, classic writing.

The thing about Django… is that it’s kind of inspired, almost on every level. The way the movie begins, the introduction of Dr Schultz, Django’s blue uniform, bounty hunting, killing the Brittle brothers, Mandingo fights, everything just seems to be awfully removed and yet, oddly close to home. What Tarantino has masterfully managed to glide himself through is the legacy of Quentin Tarantino and not Sergio Leone, which he brings to this movie. Everything is deceitfully Tarantino in this movie, including when the director blows up!

Tarantino’s craft is evident from just the blank pages of this movie, the imagination of his mere thoughts. It is the story of Django Unchained which is the true champion here. Tarantino weaves his magic across America’s gory past, and yet allows us to find some relief in Dr Schultz, who I must say is splendidly portrayed by one of the greatest actors of our time — Christoph Waltz. The sing-song tone of his voice, the haughty mock in his every action, his diction, his erudition, everything was just magically reflected in Waltz’s stellar performance. If it is one role that the entire movie rolled on, it was this and without Christoph Waltz, this would have fallen flat completely. When the tenacity of art meets the ferocity of imagination, only then do you get a Dr King Schultz.

But back to the story, what I was trying to point at was the way in which the tale was very well thought out at first, like the way the preamble of the movie was based, and then how Tarantino managed to craft little by little these scenes of marvel — that I guess is where the brilliance of this movie lies. Of course, special mention needs to be made of the humour in his work. Lines like, “Gentleman, you had my curiosity… but now you have my attention” are classic Tarantino throw punches. Humour, in a Tarantino film, is the chief ingredient most QT copycats fail to retain in their Tarantino-inspired movies. And Django Unchained shows just how far they shoot wide of the original stuff.

As always, Tarantino lives up to his reputation of being one of the greatest creators of all time, particularly in the characters that he creates. We first met Vincent Vega (Michael Madsen) in Reservoir Dogs, and then we met Vincent Vega (John Travolta) in Pulp Fiction, and then Col Hans Landa (Christoph Waltz) in Inglorious Basterds. And this time, we are introduced to Dr King Schultz, a German dentist who works as a bounty hunter. An avid supporter of freedom from slavery, Dr King Schultz goes out of his way to defend and accommodate the slave he “freed” by buying him from his captors in return for some help. In a period of complete insanity, to find a resourceful man with genuine warmth was a masterstroke in the movie. Christoph Waltz too seems to reserve his best work for Tarantino. The way he breathed life into Tarantino’s miraculous character was simply spell-binding. Watching Christoph Waltz as Dr Schultz is alone worth the price of your ticket.

Then of course, there is Samuel L Jackson and his racial hate-spewing rage, the old servant of the house, who’s been there forever and now takes his place along with the white folk. He can’t stand to see a black man be treated as an equal, and he is the perfect villain, the evil sinister traitor to the cause. And Jackson never fails Tarantino as well. Moreover, he’s played this in so many forms in so many movies, it hardly comes as a surprise that he could strip it off to the T. And even then, you find yourself beaming every time you see him on screen. What a performance, one that has been sadly overlooked in more or less every major award function the year. Leonardo DiCaprio managed his way through blockbuster movies, which also gave him his due credits as an actor. Sorting through the films of Martin Scorsese helped his career infinitely, with movies like The Aviator and The Departed adding meat to his glorious resume. And there were also films like Inception, Romeo+Juliet, The Beach that he has to boast of. There are many, many more to add to this list, but I guess this kind of does make my point. And to return to this particular movie, seeing Leo as an evil, sadistic plantation owner was simply a revelation. Of course, he had the best lines in the film, and he delivered them with malicious panache. Truly, a great performance, one that you’d most definitely love. And of course, Django, the man himself, Jamie Foxx, the blind Ray Charles from before, the harassed, honest cabbie from Collateral, he truly is that one amongst the ten thousand, the one who keeps coming back to make us honestly participate in his movies. He honestly watches the movie unravel before him, in a story which thrust him front and centre from being a mere slave all this while, and he carries us along with him through every reel, as we learn what happens to this warm, gentle and caring man going forward. Yes, the story is his, no doubt, but he’s as much in this for the ride than we are. And that is the brilliance of his performance, the punch of his character. Django Freeman is the man who can spell out his name before you and remind you, the D is silent.

Overall, Django Unchained is a visual spectacle, a blood-splattered one at that and the general ecstasy of every scene is miraculous. It leaves you pleasantly surprised and happy and satiated, and we all know there are only a handful of films that can do that.

I know I am a bit biased about Tarantino, and therefore, I do honestly try to be more brutal with his films. But this one was special. Django Unchained made me a pleasant believer again in as to why I have the bias to begin with. Quentin Tarantino is a visionary, a true artist. And he will blow himself up to make sure that you get the movie you deserve, not just the one you need.